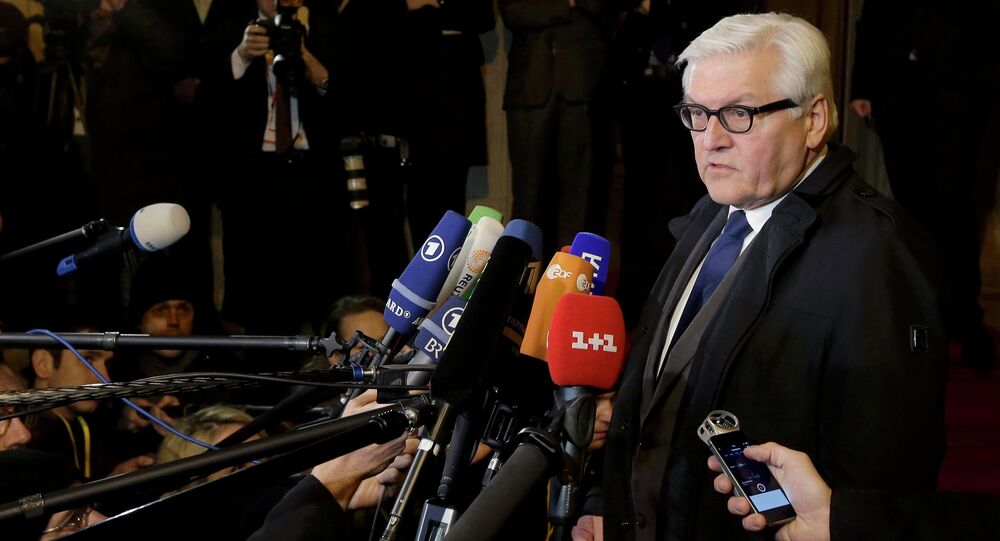 “Foreign ministers will meet between 8 and 9 pm [around 19:00-20:00 GMT] Wednesday,” Steinmeier told German journalists, adding that some new proposals could be discussed.

The current round of negotiations between Iran and the P5+1 group, comprising Russia, the United States, the United Kingdom, China, France and Germany, follows numerous previous meetings aimed at reaching a deal on Tehran's nuclear activities.

© REUTERS / Brendan Smialowski/Pool
Lausanne Iran Nuclear Talks to Disappoint US - Expert
The German top diplomat is ready to stay in Lausanne for extended talks over Iran's contested nuclear program until Thursday, April 2, a source in the German delegation said Wednesday.

"The minister is planning to stay until April 2," the source said.

The Islamic Republic has long been accused of attempting to create nuclear weapons under the guise of a civilian nuclear program, claims it has repeatedly rejected.

The deadline to reach a comprehensive agreement which would guarantee the peaceful nature of Iran’s nuclear program has been repeatedly postponed and is currently set for July 2015.

Most Steps Toward Iran Nuclear Agreement Made - Merkel