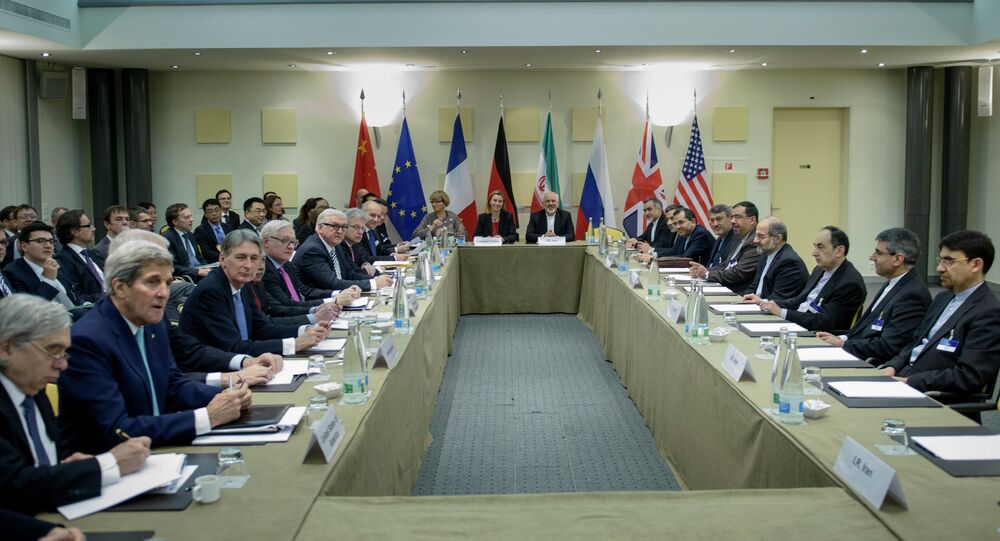 Moscow and Washington are represented by Deputy Foreign Minister Sergei Ryabkov and Under Secretary of State for Political Affairs Wendy Sherman.

© REUTERS / Brendan Smialowski/Pool
Most Steps Toward Iran Nuclear Agreement Made - Merkel
LAUSANNE (Sputnik) — Russian and US officials held bilateral talks on the sidelines of the ongoing negotiations over Iran's disputed nuclear program, a diplomatic source said on Wednesday.

The diplomat added that Moscow and Washington are represented by Deputy Foreign Minister Sergei Ryabkov and Under Secretary of State for Political Affairs Wendy Sherman.

The P5+1 countries — Russia, the United States, the United Kingdom, France, China and Germany — have been negotiating with Iran to halt its uranium enrichment program, fearing Tehran is developing nuclear weapons under the guise of a civilian energy program.

Tuesday was the deadline for the negotiators to hammer out an agreement but the talks continued into the night and resumed on Wednesday.

© AP Photo / Richard Drew
Smitten With Fear: Iran Nuclear Deal Endangers Israel – Netanyahu
Earlier in the day, German Chancellor Angela Merkel said that most steps toward an agreement between world powers and Iran have been made.

Meanwhile French Foreign Ministry political director for Iranian affairs Nicolas de Riviere said Wednesday that France doubts that a political framework agreement will be reached during the current round of talks.

A joint statement on the progress of the negotiations is expected to be made later on Wednesday.