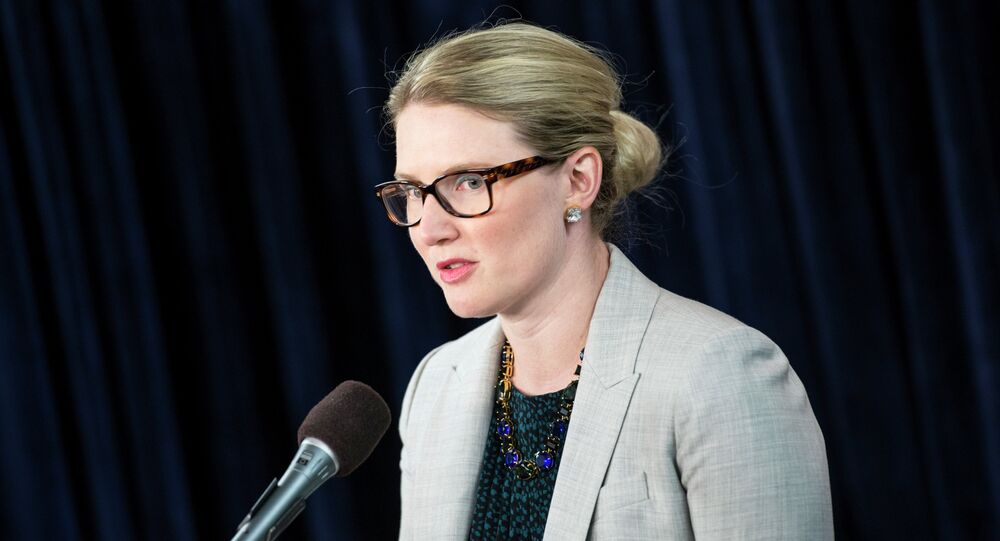 US Department of State spokesperson Marie Harf said that Russian experts have been a key part in the ongoing Iran nuclear program negotiations.

“His [Russian Foreign minister Sergey Lavrov] experts are still here as well, and their political director, Sergei Ryabkov, and they’ve been a key part of this and certainly bring a lot of expertise,” Harf said.

A fresh round of talks between Iran and the P5+1 group of countries, comprising Russia, the United States, the United Kingdom, France, China plus Germany is currently taking place in Lausanne, Switzerland.

A source in the Russian delegation told Sputnik on Monday that the minister may return on Tuesday if the P5+1 group reaches an agreement.

“He [Lavrov] was very helpful when he was here,” Harf stressed.

The international mediators are trying to get Iran to halt its uranium enrichment program for more than ten years, and have been in talks with Tehran since November 2013 to reach a comprehensive agreement that would ensure the peaceful nature of its nuclear program.

March 31, 2015, is the deadline for reaching a framework for comprehensive deal on the nuclear issue. The deal itself is expected to be reached by the end of June, 2015.

The West has accused Iran of trying to develop nuclear weapons under the guise of a civilian nuclear program, and imposed several rounds of sanctions against the country. Tehran repeatedly denied those accusations, stating its uranium enrichment program was for civilian purposes only.