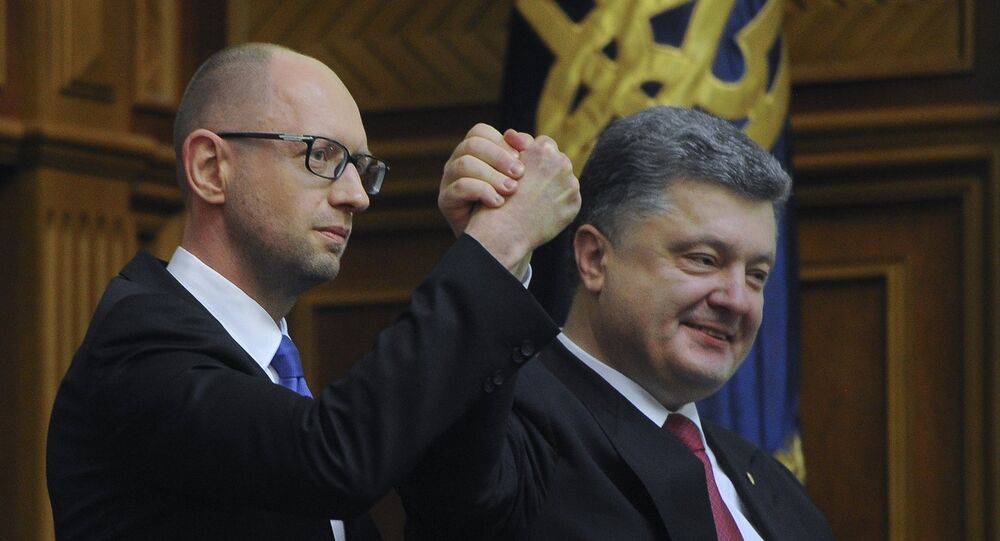 Ukrainian Prime Minister Arseniy Yatsenyuk will apparently keep his post despite having lost the support of former governor Ihor Kolomoiskyi, as the US needs him as a counterweight to President Poroshenko; US maintains control over several senior politicians with damaging information up its sleeve, according to a Ukrainian political analyst.

This could take place as early as next week's upcoming parliamentary session (April 7-10).

However, others think it is not going to happen, even though the US, which bet on Prime Minister Yatsenyuk, now favors the president.

“I think that the information that the US is betting on Yatsenyuk was spread around by his own team,” the website quotes Ukrainian political analyst Vladimir Fesenko as saying. “I am sure the US officials do not cherish any illusions towards our politicians and they have enough discrediting evidence against the prime minister, which they will use immediately, when needed. The US does not bet on anyone in particular but intentionally bets on the Poroshenko-Yatsenyuk duumvirate, which ensures  mutual control.”

YouTube/@PravdaRu
Biggest Threat to Poroshenko His Inner Circle: Kolomoiskyi on His Dismissal
“Thus,” he added, “I don’t think that the dismissal of Yatsenyuk will become a reality though I understand that there are many in the presidential team who would like to destroy him. I think that in the event of a possible attack, Poroshenko will be immediately briefed that it is not right to make any steps that could threaten the stability.”

Another political analyst, Vadim Karasyov, thinks that it actually isn't that important who the prime minister of the country is.

“The key element of the Cabinet — the foreign ministers — will be there in any case. The appointment of Jaresko [Natalie Ann Jaresko, the American-born Finance Minister of Ukraine] was not discussed in Kiev, nor will her dismissal be discussed here. The external governance of the Ukrainian economy will be kept in place in any case,” he said.

Vladimir Fesenko also added that the key issue is the appointment of the first vice premier and the reshuffling of some weak ministers. However, he does not forecast any sweeping changes.