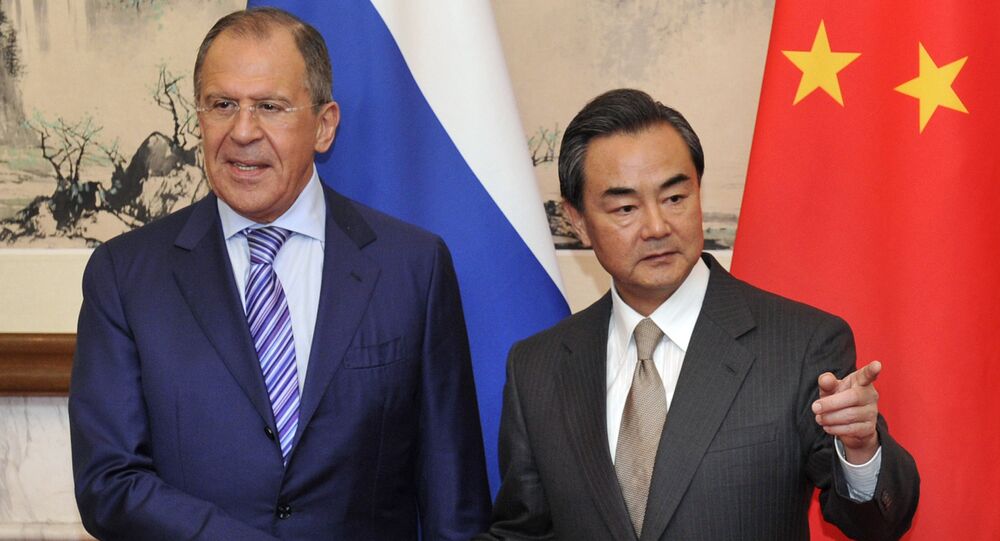 Lavrov and his Chinese counterpart Wang Yi have held a bilateral meeting in Lausanne, discussing the situation in the Middle East.

MOSCOW (Sputnik) – Russian Foreign Minister Sergei Lavrov and his Chinese counterpart Wang Yi have held a bilateral meeting in Lausanne, where Iran nuclear talks are underway, discussing the situation in the Middle East.

According to the statement, posted early Monday, the ministers compared their stances on the Iran nuclear issue and discussed several aspects of Russia-China cooperation.

© Sputnik / Vladimir Pesnya
Lavrov, Zarif Begin Bilateral Meeting in Lauzanne
The statement also said that Lavrov and Wang Yi exchanged opinions "on the development of the situation in the Middle East."

The Russian Foreign Minister also held a bilateral meeting with US Secretary of State John Kerry in the Swiss city of Lausanne on Sunday.

The current round of Iran talks kicked off in Lausanne on Thursday. It was scheduled to last until March 29, however on Sunday a source in the Iranian delegation told RIA Novosti that the sides had agreed to prolong the negotiations until Tuesday, March 31.

Iran and the P5+1 group comprising Russia, the United States, China, the United Kingdom, France and Germany have set March 31 as the deadline for agreeing upon a political framework for a comprehensive nuclear deal on the Iranian nuclear program. The deal itself is expected to be reached by the end of June, 2015.