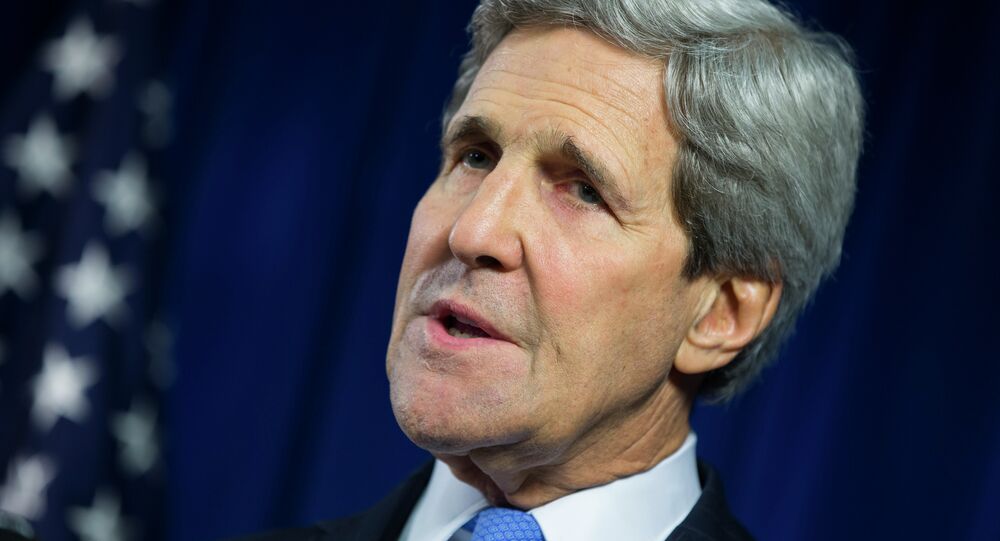 Kerry Doubts Possibility of Reaching Agreement With Iran in Near Future

Kerry said that he is not certain that an agreement with Tehran on Iran's controversial nuclear program could be reached at this point.

LAUSANNE, March 30 (Sputnik) – US Secretary of State John Kerry is not certain that an agreement with Tehran on Iran's controversial nuclear program could be reached at this point, Kerry told RIA Novosti.

Speaking in Lausanne, Kerry said he was not sure that the deal was possible at the current stage in negotiations.

Iran and the P5+1 group, which includes Russia, the United States, the United Kingdom, France, China and Germany started yet another round of talks on the Iran nuclear issue in the Swiss city of Lausanne on Thursday.

© Sputnik / Eduard Pesov
Lavrov, Kerry Discuss Ukraine, Yemen, Syria on Sidelines of Iran Talks
According to Iranian Deputy Foreign Minister Abbas Araqchi, who is Tehran's envoy at the talks, Iran is demanding that all sanctions and UN resolutions imposing crippling restrictions against Tehran be scrapped as part of its nuclear deal with major world powers.

Meanwhile the West is trying to get Iran to significantly limit its uranium enrichment, so that there is a guarantee that its nuclear program is not aimed at developing nuclear weapons.

Initially, Tehran insisted on having at least 10,000 centrifuges, but in February the United States proposed to cut this number to 6,500.

Iran and the P5+1 group have held several rounds of talks on Tehran's nuclear program in recent years with limited results. The long-term agreement has to be reached by July 2015. A political framework deal needs to be worked out by Tuesday, March 31.