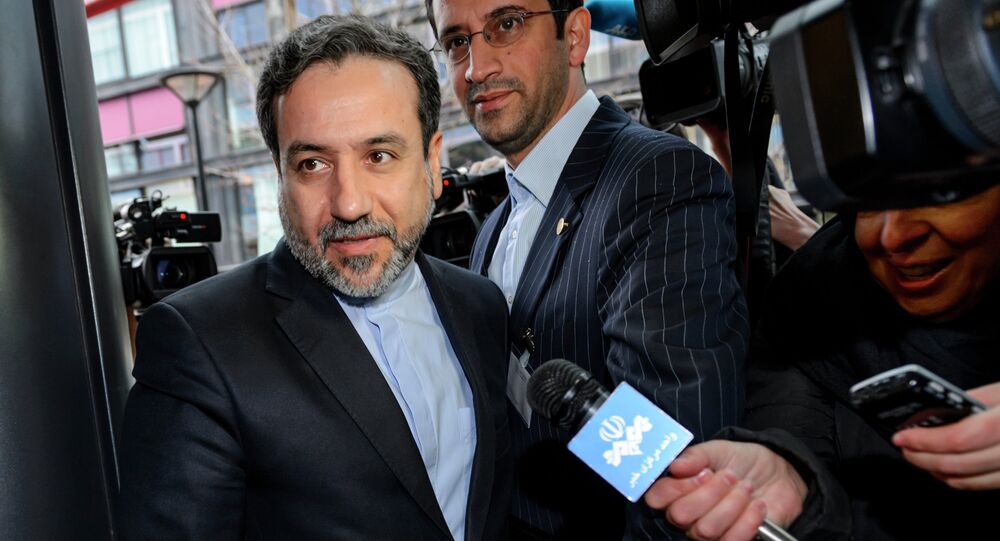 Iranian Deputy Foreign Minister Abbas Araqchi said that it is time for P5+1 to make tough decisions and to lift all sanctions against Iran.

LAUSANNE (Sputnik) — No deal on the Iranian nuclear program has been struck yet but many issues have been resolved, Iranian Deputy Foreign Minister Abbas Araqchi said Sunday.

"There is no deal yet, but we have found solutions to many issues," Araqchi said in an interview with Iranian television.

"It is time for P5+1 to make tough decisions and to lift all sanctions," Araqchi told journalists at the ongoing talks in Lausanne, Switzerland.

© AFP 2021 / FABRICE COFFRINI
Tehran, P5+1 to Prolong Nuclear Talks Until Tuesday
"All six UN resolutions should be lifted," he added.

Over the past decades, the UN Security Council, the United States, the European Union and a number of other countries imposed sanctions on Iran in a bid to curtail its nuclear ambition as they suspected Iran of trying to build an atomic bomb under the guise of a peaceful energy program.

"There is no deal yet, but we have found solutions to many issues," Araqchi said, adding that the two unresolved issues concerned Iran's nuclear activities and sanctions against Tehran.

A new round of talks between Iran and six major world powers – Britain, France, China, Russia, the United States and Germany – are convening at Beau Rivage Palace Hotel in the Swiss resort city of Lausanne.

The negotiators are working towards the interim deadline that expires by Tuesday night when they are expected to hammer out a provisional framework deal, to be followed by a final agreement in summer.