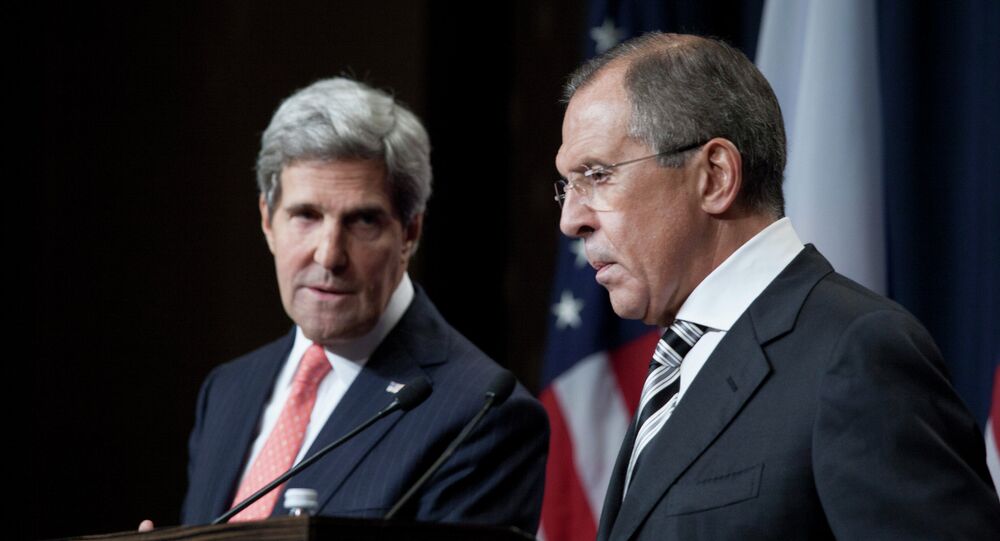 #Lavrov: I'm not paid for being optimistic, as he starts bilateral with #Kerry in Beau Rivage as part of #IranTalks

All meetings are held in the framework of a new round of talks between Iran and six world powers mediators – Britain, France, China, Russia, the United States and Germany. They are aimed at pressuring Tehran to curtail its nuclear ambitions in exchange for the lifting of sanctions that have crippled the nation's economy.

© AFP 2021 / FABRICE COFFRINI
No Deal on Iran’s Nuclear Program Yet Despite Many Solved Issues
The negotiators are working towards the interim deadline that expires by Tuesday night when they are expected to hammer out a provisional framework deal, to be followed by a final agreement in summer.

The accords are to guarantee a peaceful nature of the Iranian nuclear program, increase oversight of its nuclear facilities and cut the number of centrifuges that Tehran will be allowed to keep to enrich uranium.