Yemeni Foreign Minister Riyadh Yassin said that Russia understands the arguments of Yemeni elected authorities regarding the recent launch of a military operation against the Houthi rebels in Sanaa and urges the sides of the conflict to engage in a dialogue.

SHARM EL-SHEIKH (Sputnik) — Russia understands the arguments of Yemeni elected authorities regarding the recent launch of a military operation against the Houthi rebels in Sanaa and urges the sides of the conflict to engage in a dialogue, Yemeni Foreign Minister Riyadh Yassin said. 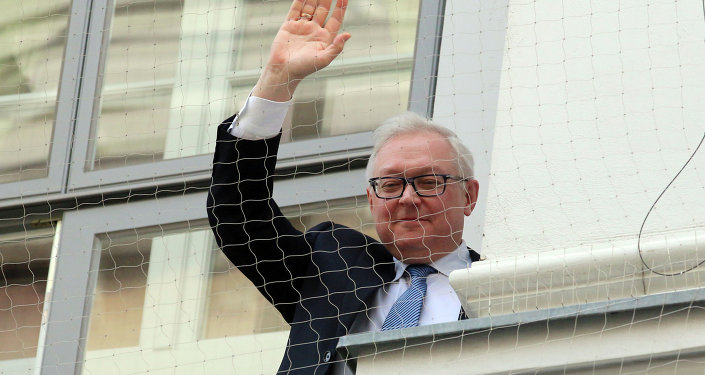 © AP Photo / Ronald Zak
Russia Hopes Yemen Crisis Causes No Discord at Iran Nuclear Talks
“Russians treat our position with great understanding. They confirmed to us that they do not take the side of Houthi armed groups. They believe [sides to Yemeni conflict] should seek ways toward dialogue and talks,” Yassin told journalists on the sidelines of the Arab League Summit in Sharm El-Sheikh after his meeting with Russian President's Special Representative for Africa and the Middle East, Mikhail Bogdanov.

Yemeni Foreign Minister also said that the coalition’s operation does not require any international approval.

“The operation has begun and there is no need for any approval any longer,” Yassin said.

Yemeni foreign minister added that since the beginning of the anti-Houthi operation in Sanaa, Tehran “has not yet taken any concrete steps apart from media statements.”

The two-day Arab League summit with participation of 15 heads of states began in Egypt’s city of Sharm El-Sheikh on Saturday. The summit is to focus on a recently intensified Yemen crisis. The participants will also discuss the situation in Libya, the Syrian crisis, and Palestine-Israeli conflict.