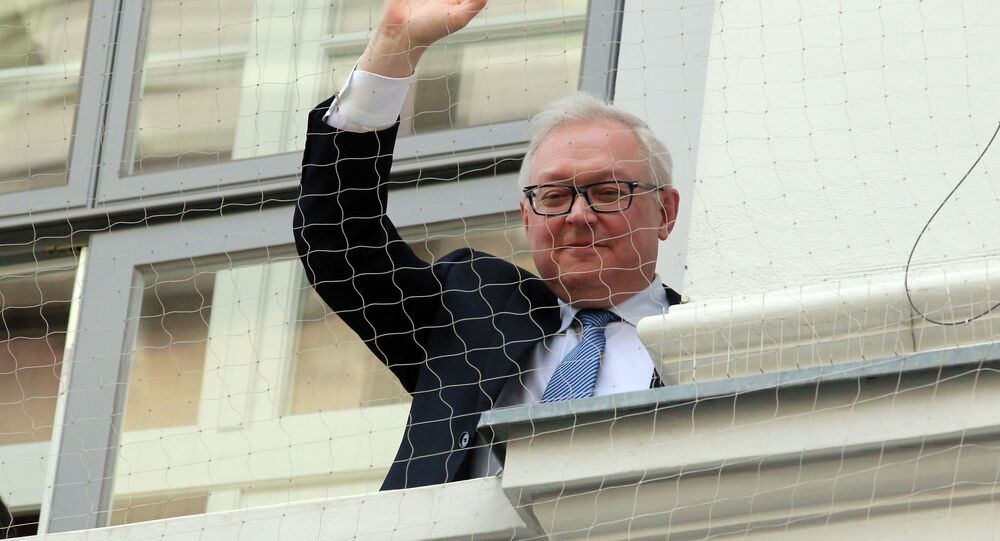 Russia's Deputy Foreign Minister Sergei Ryabkov hopes that the events in Yemen and around it will not make the Iran's nuclear program talks participants change their positions.

© REUTERS / Brendan Smialowski/Pool
Iran Ready to Continue Nuclear Talks, But No End in Sight Yet
LAUSANNE (Sputnik) — Moscow hopes that negotiators in the Iran nuclear talks will not have a change of heart due to the ongoing Yemeni crisis that has taken its toll on the atmosphere of this round, Russia's Deputy Foreign Minister Sergei Ryabkov said Saturday.

"Unfortunately we see that the drama, even tragedy unfolding in this country [Yemen] has influence on the atmosphere of these talks," the Russian senior negotiator said at a press briefing in Lausanne, Switzerland.

"Hopefully, the events in Yemen and around it will not make the talks' participants change their positions," he added.

© AFP 2019 / POOL / BRENDAN SMIALOWSKI
Zarif Says P5+1 Realize Sanctions, Nuclear Deal Cannot Go Together
The Russian envoy was speaking at Beau Rivage Hotel where delegations from Iran and the group of six mediators – Britain, France, China, Russia, the United States and Germany – are meeting for a round of talks as the next deadline looms. The nations have until March 31 to agree on a preliminary deal, to be followed by a comprehensive accord in summer.

The situation in Yemen has been rapidly deteriorating since August 2014 when protests of the Shiite Houthi opposition swept the country, leading to the ouster of President Abd-Rabbu Mansour Hadi.

On Wednesday, Hadi asked the Arab League of Gulf countries for military help. The same day, a Saudi-led coalition launched a military operation in Yemen to help roll back Houthi insurgency.

Iran Ready to Continue Nuclear Talks, But No End in Sight Yet

Iran Nuclear Deal Close, But 'Not Quite There Yet' – German FM