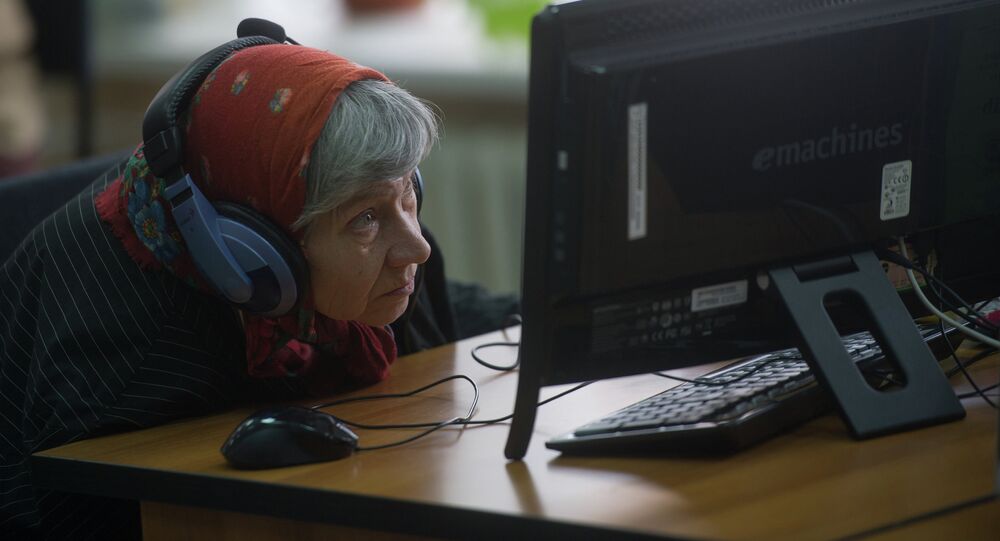 As the alleged Kremlin troll army continues its apparent octopus-like spread across the globe, the US government's international broadcaster RFE/RL has courageously struck back by exposing it right in its lair. But would that be enough?

In the past few days, articles have been popping up around the web, providing explicit details about a "Kremlin troll army" which operates out of a Saint Petersburg suburb, a scary place where laughter is prohibited and 400 professional trolls toil day and night to convert public opinion in Russia and abroad.

There is only one problem with the article: there is no pro-Kremlin "trolling" taking place in the evidence the authors provide. While employees of these "troll farms" do allegedly make hundreds of political posts, they are made on local forums with tiny membership, rarely over 500 users, and even tinier posting activity at most, 5 posts per person, most of which appears to be from the "trolls."

www.bryansk-city.org
The life-or-death battle for public opinion, including the Oscars and pros and cons of solar batteries.

Considering the extremely low impact of such posting, the goal appears to be not to convert public opinion, but rather search engine optimization (SEO): search engines such as Google crawl the web for keywords and links, which are then used to give weight to certain web pages when search terms are entered. The interviewee even admits it himself:

There are keywords, tags that are needed for search engines. We're given five keywords — for example, "Shoigu," "defense minister," "Russian army." All three of us have to make sure these keywords appear all over the place in our comments. They can't even be conjugated or declined. Sometimes it's very hard to write when you can't use any declensions!

The bit about declensions is important because Google does not work well with Russian morphology, for example processing the keyword "armies" separately from the keyword "army," unlike Russian search engines such as Yandex. The keywords are used to give weight to certain words when they are searched for in Google. Then there is the question of "fake discussion." Of course no forum moderator would be happy if they discovered that their forums are used to post link spam like this:

However, if the articles do generate some discussion, which seems to be limited to 2-5 replies, and do appear to be expressing different points of view, forum moderators would be more likely to keep them. The use of tiny forums with low readership is also important for this, as that allows the posts to remain on the websites for months or years, without being deleted because there are other threads discussing the same topics or being archived.

© Flickr / Flash.pro
How Low Can You Go? Western Europe To Begin Propaganda War With Russia
The US government's international broadcaster Radio Free Europe/Radio Liberty (RFE/RL) did discover something, but it's quite the opposite from an ominous troll army which works around the clock to convert the entire world to a Putin-based religion. They found a search engine optimization (SEO) company, likely subcontracting for a political consultancy firm.

The history of SEO, and in particular "Google bombs," as well as their use by businesses and politicians goes back to the 1990s. Google and other search engines have combated their use by blocking their most obvious use, but hundreds, if not thousands of SEO companies continue working to promote business and political interests around the world.

However, the fear of "Russian propaganda trolls" has been used to whip up hysteria which is then used to push through funding increases for RFE/RL and other foreign broadcasters. This coincides with the very poor journalism of the article reporting on the "troll army," as the authors make no attempt to corroborate the story. There do not appear to be security risks involved, as the first and last name as well as a photo of the interviewee are published, and considering advancements in modern technology, hidden camera investigations have become one of the easier things in the world.

© AP Photo / Carolyn Kaster
Russian ‘Propaganda’ Beats US, Washington Needs Media Reform - Congressman
In this sense, the sensationalism of the story, the poor quality of the research and the lack of definite information about the "troll army" somewhat ironically contributes to the decline of government-controlled international broadcasters, which now ring alarm about the rising popularity of networks such as RT. The sentiment has also been echoed in Europe, where politicians such as German parliamentarian Norbert Rottgen claim that "Russian propaganda" presents itself as a "source alternative to Western media," which must be countered by "strengthening European international media, Deutsche Welle, BBC International and RFI (Radio France International)."
...
Reddit
Google+
Blogger
Pinterest
StumbleUpon
Telegram
WhatsApp
8517