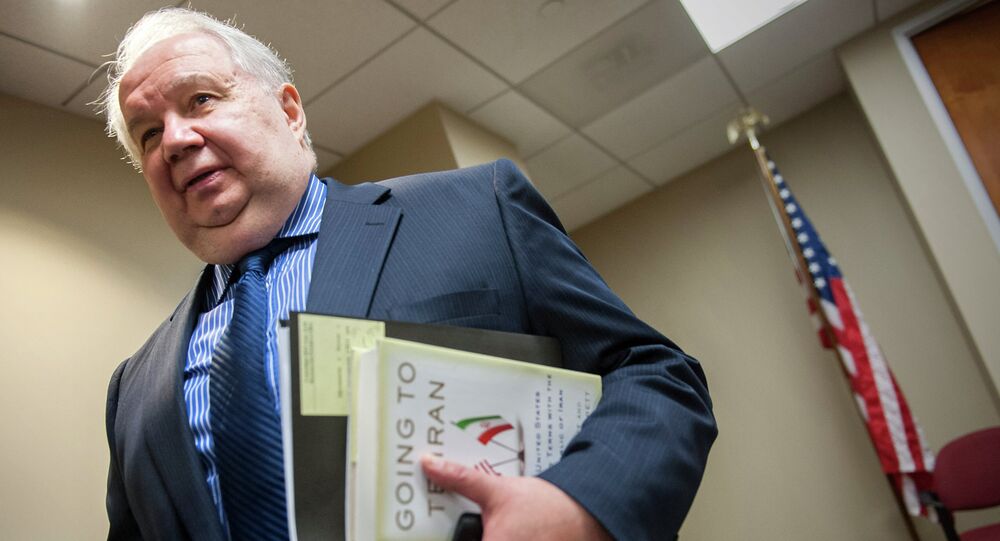 NEW YORK (Sputnik) — Relations between Russia and the United States are strained, but are not a return to Cold War antagonism, Russia’s Ambassador to the United States Sergey Kislyak said at Russia Forum New York.

“Certainly we are going through a difficult period and I hope it’s not going to be too long,” Kislyak said on Friday. "I’m sure it’s not a return to a Cold War.”

Kislyak noted that trade between the two countries is still very much active, and increased by almost 5 percent in 2014, despite the US economic sanctions on Russia.

“One way or another, it shows that the current level of trade hasn't changed so much, because it wasn't important enough in the areas that define economic developments in Russia and the United States,” Kislyak said.

© Sputnik / Vitaly Belousov
Lavrov Sees No ‘Objective Reasons’ for New Cold War
The Russian Ambassador also noted that the current economic situation in Russia, particularly the weakened Rouble, has little to do with any imposed sanctions.

“First and foremost, the difficulties we are going through are not the immediate result of sanctions, but it’s the problem of Russia still fighting with the consequences of crisis of 2008,” he said.

Kislyak explained that Russia has not completed the cycle of rebuilding the economy to the level it would like as a consequence of “over-dependence on exports of energy resources.”

Russia has been talking about modernizing its economy, he added, and has begun diversifying it, but should have done it faster.

The Russia Forum New York is a platform that aims to advance mutual understanding and diplomacy between Russia and the United States by facilitating initiatives for political, commercial, scientific, educational and cultural cooperation, according to the Forum’s website.

No New Cold War Between Moscow and Washington: Russian Ambassador