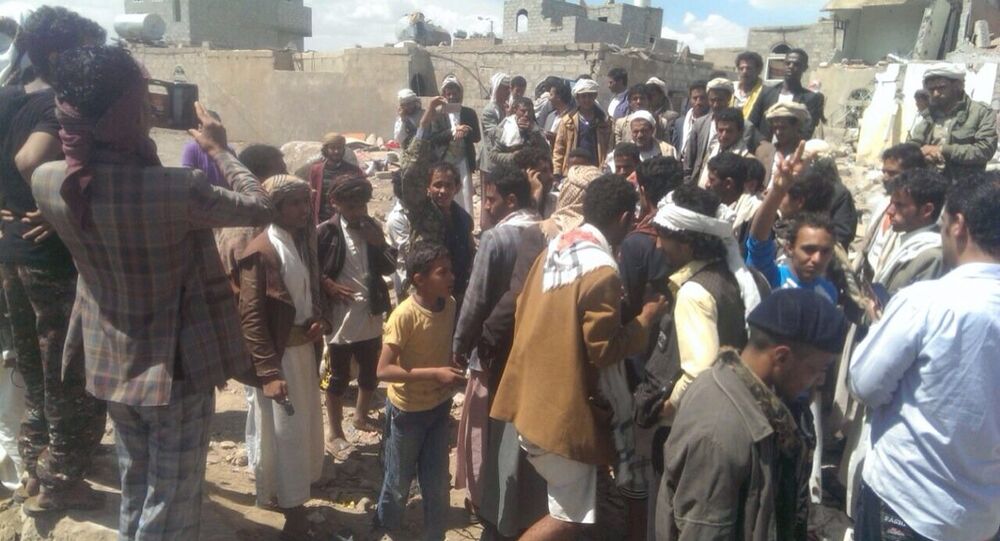 The deteriorating security situation in Yemen is likely to cause a larger humanitarian crisis as humanitarian organizations begin to leave because of increasing security risks, Refugees International Senior Advocate Daryl Grisgraber told Sputnik on Thursday.

© AP Photo / Hani Mohammed
Roots of New Gulf Crisis: Situation in Yemen in 2004-2015 in Facts
WASHINGTON (Sputnik) — The security situation in Yemen has deteriorated in the past several weeks as the country is split among opposition Houthi fighters battling troops loyal to President Abd Rabbuh Mansur Hadi in the center of the country, and al-Qaeda militants gaining a foothold in the south.

“Unfortunately what has happened in Yemen is that a lot of the humanitarian actors are pulling out now because of the security situation, so that’s only going to make the humanitarian situation get worse,” Grisgraber said.

On Wednesday, Saudi Arabia and a coalition of mostly Arab states began airstrikes against the Houthis. Saudi Arabia has reportedly deployed 100 fighter aircraft and 150,000 troops for the operation.

© REUTERS / Khaled Abdullah
IMF Suspends Financial Aid to Yemen Citing 'Host of Uncertainties'
Following the Saudi-led coalition's airstrikes thousands on Wednesday in which at least 25 people died, protesters took to the streets of the capital Sanaa to show their disapproval of the air attacks.

Grisgraber explained that although the humanitarian situation is likely to come more into focus, the humanitarian organizations will not necessarily be able to take more action in Yemen given the escalating security risks.

On February 11, the US Embassy in Sanaa suspended work and issued a travel warning to US citizens, citing ongoing terrorist activities and civil unrest in the country. An additional 100 US Special Forces have also withdrawn from Yemen in the past several days.