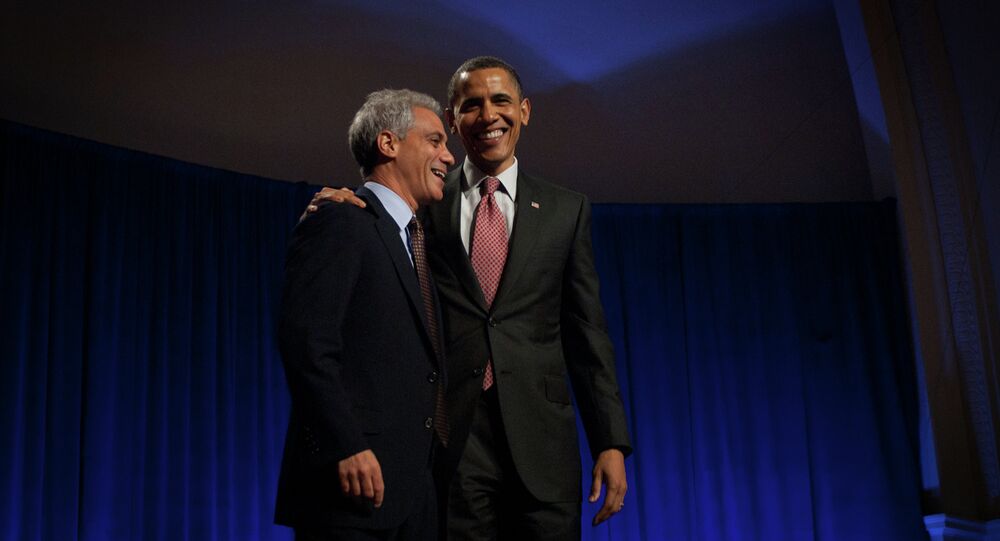 Chicago Mayor Rahm Emanuel is floating the idea of renaming one of Chicago’s airports after President Barack Obama.

In a candidate forum at the Chicago State University on Wednesday, Emanuel appeared confused as he fielded a question about why he quickly proposed then abandoned efforts to name a local high school after Obama and a major street after the late civic leader Rev. Arthur Brazier.

"We have to, in some way, whether it’s President Obama or in the other case, Dr. Brazier, acknowledge people who have done significant things. We have an airport, two of them, named after, you know, Midway Airport, O’Hare Airport," Emanuel said. "These are people who have been transformative in the city of Chicago."

The mayor was heavily criticized following his comments, as neither of the airports was named after a person who had an impact on Chicago or a battleship.

Early in 2014, Emanuel announced the city would build a new selective-enrollment high school in the North Side of Chicago and name it "Barack Obama College Preparatory High School," to honor the first African American US president. He abandoned the plan in Sept. 2014.

As for his change of heart on naming the high school after Obama, the mayor said he erred but continued defending his ideas about honoring the president.

"Look, I made a mistake, and I was quick to change it. I’m not perfect. When I make a mistake, I hear it and change it," Emanuel said. "And I don’t have a problem saying that. But I won’t make an apology for the fact I think President Obama is a great president. I wanted to honor him. I wanted to be the city to have the first high school named after him. In my rush to do it, I clearly offended people, so I backed off of it. I will never back off of my love and affection for a great president. But I made a mistake."

Emanuel did not take further questions after the forum, but his spokesperson Kelley Quinn confirmed the mayor has no plans to rename either airport.