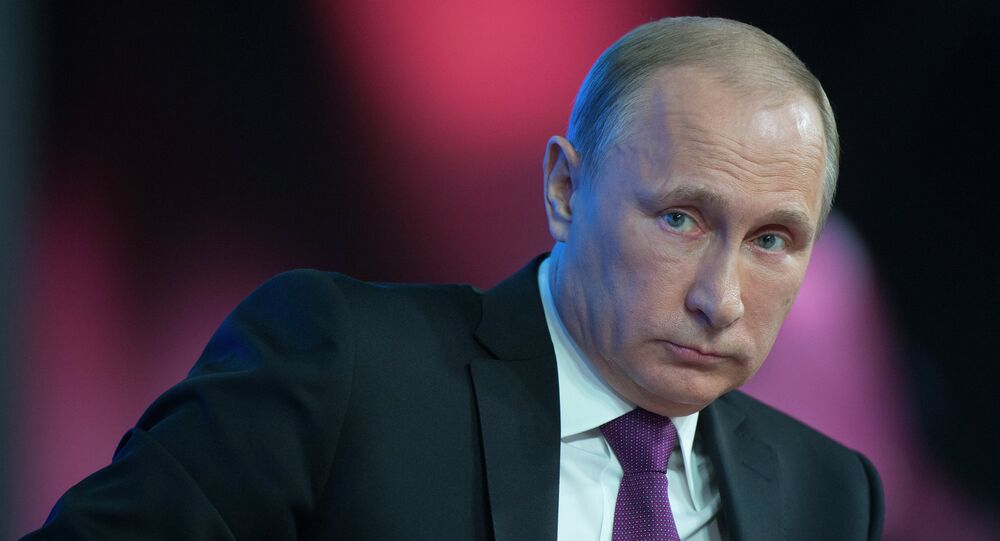 “In order to contain Russia, a whole range of means is being used: from attempts of political isolation to a large-scale information war and instruments from special services. As was said openly not long ago, those who don’t agree will have their arms twisted periodically, but this won’t work with Russia,” Putin said during a meeting with Federal Security Service members.

On Wednesday, the Russian Security Council said the new US National Security Strategy is aimed primarily at destabilizing Russia and isolating the country, "putting a wedge" between Russia and its partners.

The restrictive measures imposed on Russia target the energy, banking and defense sectors of the country, as well as certain individuals.

Last Thursday, the European Council said it will decide on further sanctions against Russia in the coming months.

“Issues on the security of national information resources need to remain under special control. The number of cyberattacks on official sites and information systems in Russia’s bodies of power is not decreasing. Just last year alone there were around 74 million [cyberattacks],” Putin said.

© Fotolia / Leo Lintang
US Denies Conducting Cyberattacks on Russia
The president added that the security services had identified about 25,000 web resources with publications that violated Russian law and shut down more than 1,500 websites with extremist content. Putin stressed the need to continue clearing the Russian internet of illegal and criminal materials.

Last October, Russia's Security Council Secretary Nikolai Patrushev said that the year 2014 has seen a significant increase in the number of cyberattacks against Russia. The attacks peaked during the Sochi Winter Olympics, Crimea's reunification with Russia and the outbreak of the civil conflict in eastern Ukraine.

Kremlin to Continue Dialogue With Opposition

© Sputnik / Mikhail Klimentyev
Russia Ready to Give a Helping Hand to Ukraine to Overcome Ordeal - Putin
Dialogue with Russian political opposition parties will continue only if the organizations are not financed from abroad, the Russian president said.

“I’ve said this several times and I’ll say it again that we are ready for dialogue with the opposition. We will continue partner relations with civil society in the broadest meaning of that term. We always listen to who substantially criticizes actions or inactions by the authorities at any level,” Putin said.

He added that this would continue if their sources of finances were based in Russia.

© AP Photo / Max Vetrov
Russia Offers Comprehensive Legal Framework for Crimean Tatars: NGO
“So we will in the future pay attention to the existence of foreign sources of financing of incorrect organizations, compare them with their main goals and practical work, and will stop any violations that are necessary,” Putin explained.

The law passed in November 2012 requires non-governmental organizations (NGOs) that are engaged in political activity and receive funding from abroad to register as "foreign agents" and label all their publications.

Commenting on the law, Putin said it was needed to limit foreign influence in Russia.