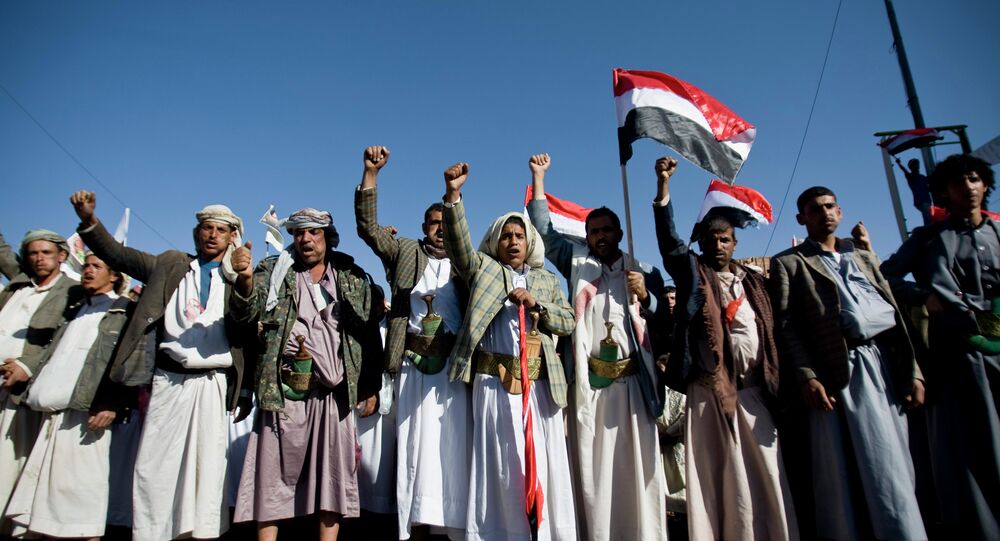 According to senior Houthi official Mohammed al-Bukhaiti, Houthis were going to fight back against Saudi Arabia and its Gulf Arab allies with all possible means.

SANAA (Sputnik) – Houthi rebels who have become the target of an international military operation launched by Saudi Arabia against the militants in Yemen are determined to strike back with all means available, Mohammed al-Bukhaiti, a member of the Houthi governance board, has told Sputnik.

"This is a declaration of war against the Yemeni people, we will fight those who fight against us."

The official added that Saudi Arabia and its Gulf Arab allies will regret having launched a military operation against the Houthis.

"They attacked, they started this, so they will answer to Allah and the people for the consequences. This attack is a surprise to us and we will respond to it with all means that are available to us."

Earlier, al-Bukhaiti reportedly warned of a "wide war" that could start in Yemen following Saudi Arabia and its Gulf Arab allies' "aggression."

Saudi Arabia, along with Gulf Cooperation Council (GCC) and several other states, started a military offensive against the Houthi rebels at the request of Yemeni President Abd Rabbuh Mansur Hadi on Wednesday evening.

According to the White House, the operation is being conducted with Washington's support, although the United States is not involved in direct military action in Yemen.

White House: While US forces aren't taking direct action in Yemen, in support we are establishing a Joint Planning Cell with Saudi Arabia

Civil war is breaking out in #Yemen & the real danger is that outside players are getting involved. #Houthi #ISIS pic.twitter.com/UVte9UDwQY

Hadi and Yemen's government were forced to resign by Houthis in January, following an attack on the presidential palace in the country's capital Sanaa. Hadi has since left his residence in Sanaa but his exact whereabouts are currently unknown, with some reports suggesting he is in Aden.

Saudi Arabia Readies for Possible Intervention in Yemen on Thursday