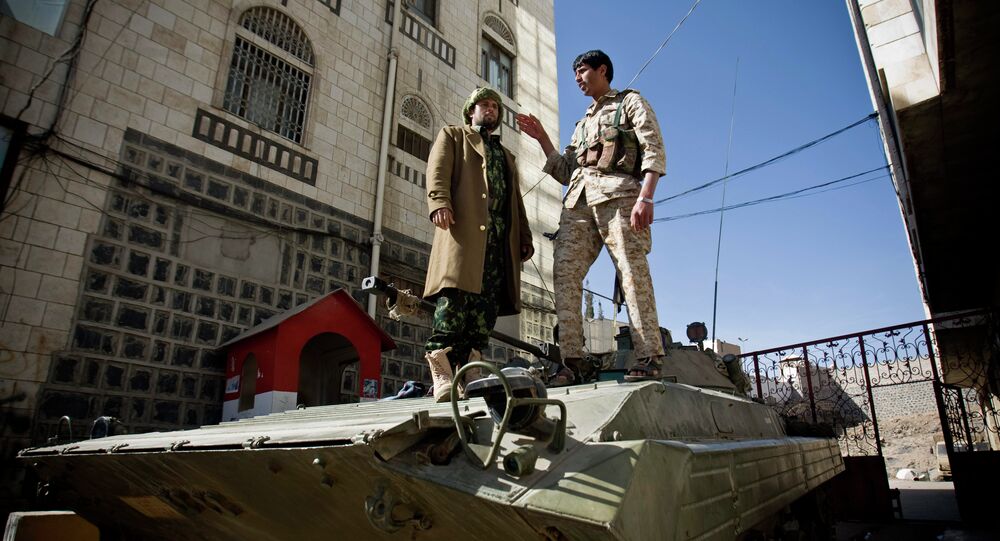 The United States confirms that Yemen’s President Abd Rabbuh Mansour Hadi had left his residence but remains in regular contact with him, US Department of State spokesperson Jen Psaki told journalists on Wednesday.

WASHINGTON (Sputnik) — The State Department spokesperson underlined that she could not confirm or release additional details about Hadi’s whereabouts.

© Flickr / Omar Chatriwala
Saudi Arabia Readies for Possible Intervention in Yemen on Thursday
“He [Hadi] is no longer at his residence,” Psaki stated.

“We were in contact with him earlier today… this morning,” Psaki said. “We have been in close touch with him over the last several days as have many GCC [Gulf Cooperation Council] countries.”

The security situation in Yemen has deteriorated in the past weeks as the country is split among opposition Houthi fighters battling troops loyal to President Hadi in the center of the country and al-Qaeda militants gaining a foothold in the south.