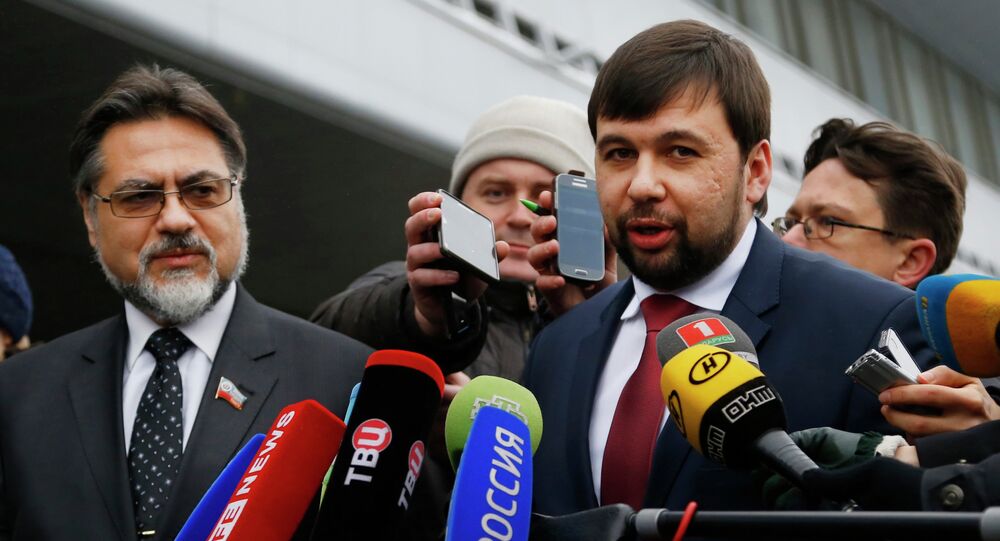 "Maintaining dialogue with people who are de-facto field commanders and not even 100 percent Ukrainians does not make any political sense," Prystaiko said after a 'Normandy format' meeting on Ukraine at the level of deputy foreign ministers in the French capital.

© AP Photo / Yves Logghe
UN, EU Do Not Support Kiev's Call for Peacekeepers in Ukraine – Envoy to EU
The leaders of Donetsk and Luhansk do not represent people and their decisions are not legitimate from the point of view of people residing on that territory, Prystaiko added, noting that Kiev will get a legitimate negotiation partner only after elections in eastern Ukraine will be carried out.

"We hope to find a formula, according to which the elections will be conducted," he said.