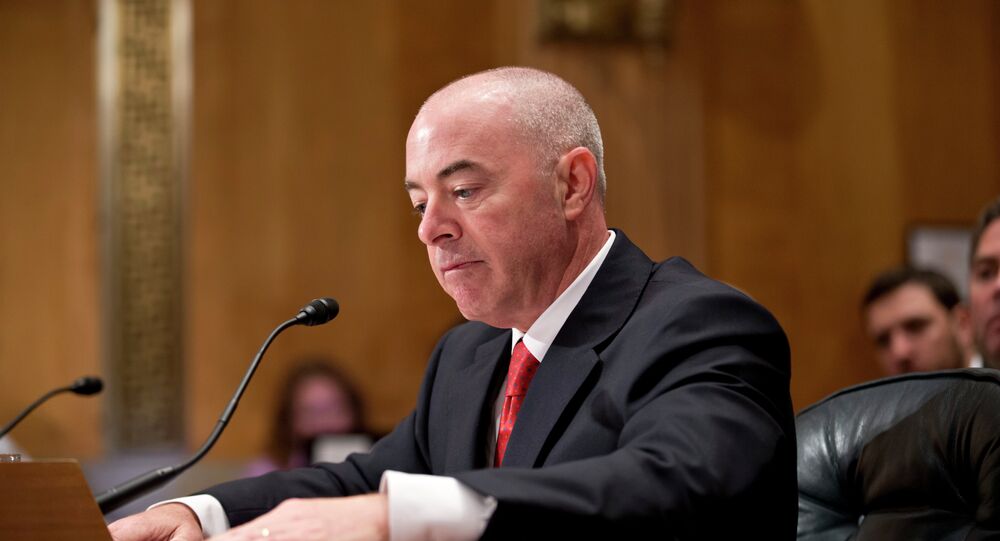 The Department of Homeland Security's second-highest official, Alejandro Mayorkas, improperly intervened to grease the rails of the visa approval process on behalf of certain foreign investors when he was head of the visa division, according to a two year investigation by the department's Inspector General.

The investigation concluded that the Deputy Secretary created an atmosphere of favoritism, and perceived special access with his interventions.

The 97-page report from the OIG says that certain "career employees" of the US Citizenship and Immigration Services (USCIS) came forward with the allegations that Mayorkas was intervening in a particular visa program "which gives residency preference to aliens who agree to invest in the US economy to create jobs for US citizens."

The investigation said that in three different cases Mayorkas intervened directly with interested parties and USCIS staff to achieve a favorable outcome that would not have occurred without his influence.

Senate Minority Leader Harry Reid (D-Nev) and Virginia Governor Terry McAuliffe (D) are also implicated in the report. One of the three cases outlined was for a group of Asian investors in a Las Vegas hotel and casino that Reid had lobbied heavily for. And another concerned investors in an electric car company for which McAuliffe was chairman.

The report also states that the OIG couldn't determine any particular motive for the favoritism Mayorkas demonstrated.

"He is often impatient with our sluggish government bureaucracy, can at times be very hands-on in resolving issues and problems that are brought to his personal attention, and is always mindful that we are public servants," Johnson continued. "Ali works hard to do the right thing, and never acts, in my observation, for reasons of personal advancement or aggrandizement."

Mayorkas was the head of the visa agency from 2009 to 2013 when he was made deputy secretary over strenuous Republican objection that the promotion was inappropriate until the investigation begun in 2012 was finished. He disagreed with the report in a public statement but conceded he would “certainly learn from it.”

Inspector General John Roth called the agency employees who came forward "courageous" and the report indicates that their anonymity will be maintained under the Whistleblower Protection Act.

DHS Unable to Protect 2016 Presidential Candidates for Lack of Funding