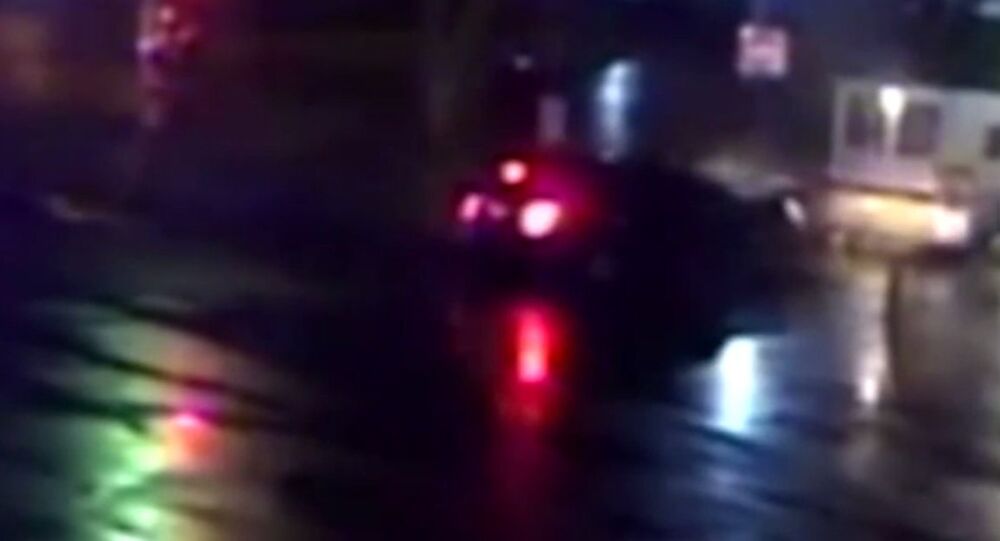 After initial reports that the Secret Service had deleted videos showing two agents driving their vehicle into a barricade at the White House after a night of drinking, video of the incident has been released by a congressional panel.

Members of the House Oversight and Government Reform Committee grilled Secret Service Director Joe Clancy during Tuesday's hearing about the incident itself and why more video footage had not been handed over to the committee.

The video screened during the hearing came from a Washington DC police camera located across the street from the White House entrance. On the night of March 4 the senior agents — returning from a night of drinking at former Secret Service spokesman Ed Donovan's retirement dinner — nudged with their car the barrel-shaped barrier that had been erected around a suspicious package that was being investigated as a possible bomb.

Congress members were angry that Clancy had handed over another video to the Department of Homeland Security which is tasked with investigating the incident. Clancy was the sole agency official to testify before the committee.

Another point of contention was that the Service did not allow testimony before the panel from supervisors who were on duty that night. Panel Chairman Jason Chaffetz (R-Utah) accused Clancy of "keeping Congress and the American public in the dark."

The committee also released an anonymous email they received describing the incident, which described the two agents as "extremely intoxicated."

"[Uniformed Division] officers were going to arrest both of them but the UD watch commander said not to," the email also said.

Clancy said he could hear the committee's "outrage loud and clear," would reconsider his decision about releasing additional videos, and would have a report back to the committee in "weeks, not months"