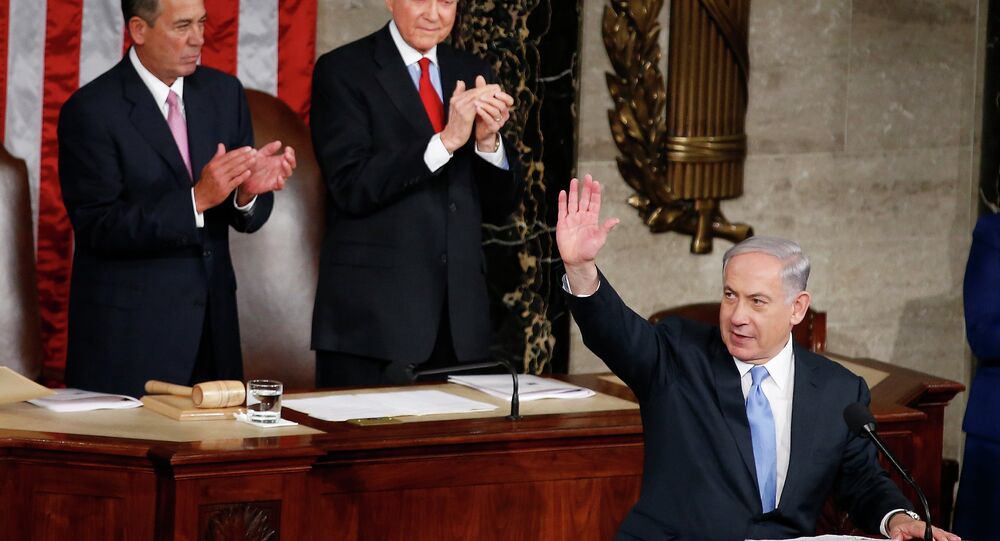 US Department of State spokesperson Jen Psaki renounced allegations over the US Congress reliance on Israeli intelligence in the Iran nuclear deal.

© AP Photo / Richard Drew
US House Speaker Boehner ‘Baffled’ by Reports Israel Spies on Iran Talks
WASHINGTON (Sputnik) — The US Department of State briefs the Congress on the nuclear talks with Iran, and the suggestion that US lawmakers rely on Israeli intelligence regarding the talks is absurd, Department spokesperson Jen Psaki said on Tuesday.

“It’s an absurd notion that Congress would have to rely on any foreign government to gain insight into the nuclear negotiations with Iran,” Psaki stated. “We have conducted more than 230 meetings, hearings and calls with Senate and House members and their staffs on Iran.”

Psaki noted that the State Department offered to brief the Congress this week.

© Sputnik / Stanislav Filippov/POOL
US-Intercepted Data Reveals Israel Spying on Talks With Iran - Reports
Earlier on Tuesday, the Wall Street Journal reported that Israel spied on the world powers' nuclear talks with Iran, and used the information to urge the US lawmakers' to oppose a nuclear deal with Tehran.

Israel dismissed the report and called the allegations utterly false.

Earlier in March 2015, Israel's Prime Minister Benjamin Netanyahu addressed the US Congress, and warned lawmakers that any concessions to Iran would undermine peace in the Middle East.

Last week, Iran and the six major world powers — Britain, France, China, Russia, the United States and Germany — held another round of negotiations on Tehran's controversial nuclear program. The talks are expected to continue on March 25.