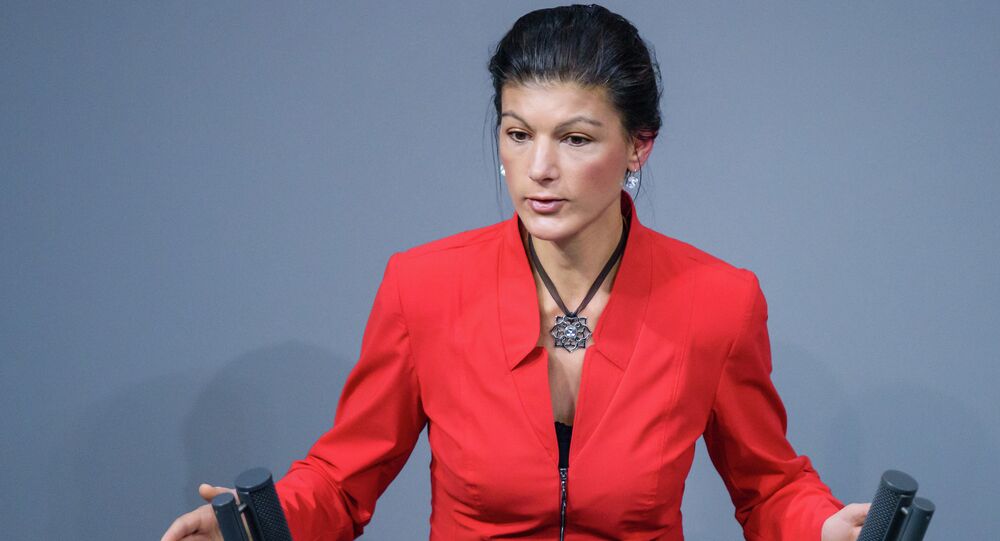 German parliamentarian and deputy chair of the Left Party Sahra Wagenknecht said that the possible prolongation of the sanctions against Russia was absurd and would harm the EU's own economy.

© Sputnik / Vladimir Sergeev
Sneaky Saboteur: US Seeking to Spoil EU-Russia Relations
MOSCOW (Sputnik) — A possible prolongation of the European Union's sanctions against Russia is "absurd," and the restrictive measures should not have been introduced in the first place, Sahra Wagenknecht, German parliamentarian and deputy chair of the Left Party said Tuesday to SNA Radio, discussing a possible extension of some of the sanctions, set to expire this summer.

The European Union, alongside the United States, has introduced several rounds of sanctions against Russia over Moscow's alleged involvement in the Ukraine crisis. The sanctions target Russia's banking, defense and energy sectors, as well as certain individuals.

According to Wagenknecht, these measures have proved ineffective in resolving the Ukraine conflict, and backfired at Europe's own economy.

"First of all, they harm the European economy, they harm the German economy. The United States is perfectly settled in this situation, they did not have extensive economic ties with Russia," she said.

"They [sanctions] will not become any better if extended," the politician underscored.

Wagenknecht added that she supports the German government's efforts to ensure the implementation of the Minsk peace agreements on Ukraine, "but someone is trying to undermine this agreement and the peace process, first of all I mean those supplying weapons and sending military advisers from the United States and the United Kingdom."

"If we respond to all this with sanctions, soon, economic sanctions are all we will be left with. It is an unwise strategy."

The Left Party is currently the largest opposition party in Germany, occupying 64 seats in the Bundestag, the country's parliament.