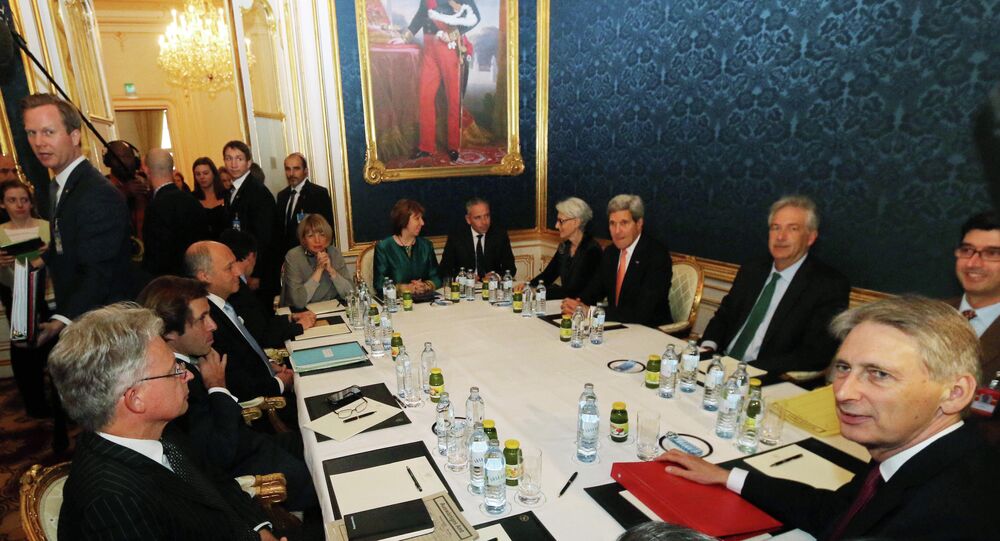 Earlier it was reported that Israel had been spying on the P5+1 talks on Iranian nuclear program in order to hinder any potential deal.

The group, consisting of the five permanent UN Security Council members and Germany, are in talks with Iran over its nuclear program. They are attempting to ensure the peaceful nature of its nuclear activities in exchange for the partial lifting of sanctions against the Islamic Republic of Iran.

Earlier in the day, the Wall Street Journal reported, citing senior US officials, that Israel was spying on the international talks on the Iranian nuclear program, in an effort to infiltrate the negotiations and hinder any potential deal.

"These allegations are utterly false… The state of Israel does not conduct espionage against the United States or Israel's other allies," a senior official in the Israeli Prime Minister's office told CNN.

Israel's Prime Minister Benjamin Netanyahu, recently re-elected for the fourth term, is one of the main opponents to the talks with Iran. Netanyahu has advocated a hardline approach toward Iran, but has not provided a concrete plan of action, something he has been criticized for by US President Barack Obama.

Israel and the West have long accused Iran of attempting to develop nuclear weapons under the guise of a civilian nuclear program, while Tehran argues that its nuclear development is aimed purely at meeting its growing energy needs.

The sides have scheduled to agree on a political framework for the eventual deal by the end of March, with the long-term agreement to be struck by July.

The next round of talks will begin in the Swiss city of Lausanne on March 26, according to the Russian Foreign Ministry.