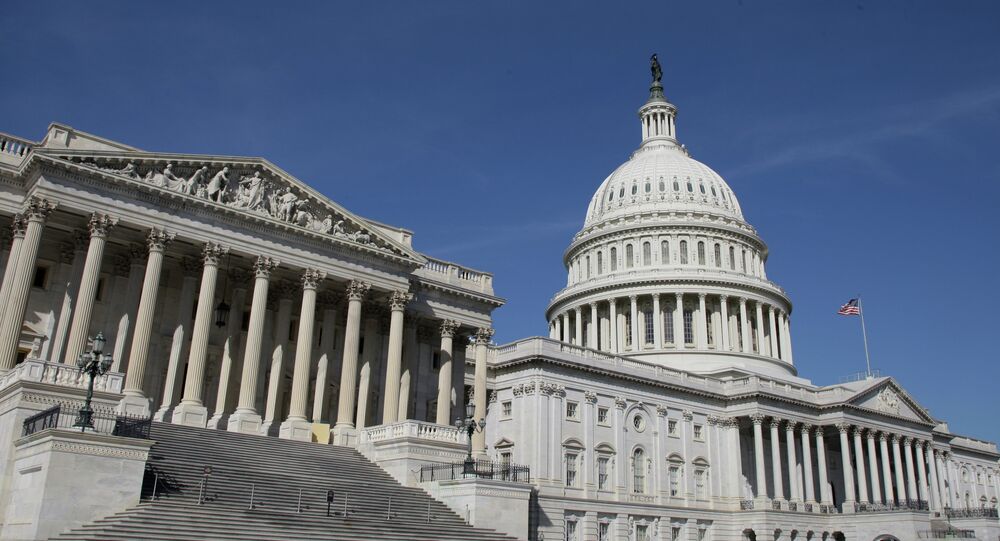 Three hundred and sixty-seven US House members sent a letter to US president Barack Obama expressing concern about the size of Iran’s nuclear program, and demanded that decades-long limitations are placed on it, US House Committee on Foreign Affairs said in a statement on Monday.

© Flickr / U.S. Department of Defense
US Heightens Military Presence in Gulf as Iran Nuclear Deal Approaches
WASHINGTON (Sputnik) — The letter, sent to Obama on March 20, underscores that the US Congress must be convinced Iran does not have a pathway to a nuclear weapon.

US House of Representatives members called the provision to negate such a pathway a key requirement for considering permanent congressionally-mandated sanctions relief for Iran.

“The letter that the Members sent to the President highlights concerns about the size of Iran’s current uranium enrichment program, its lack of cooperation with international inspectors, and the need for an intrusive inspection regime,” the statement said. “It asserts that verifiable constraints on Iran’s program must last for decades.”

© AP Photo / J. Scott Applewhite
United States to Continue Pressure on Iran After Ending Nuclear Talks
The Congressmen stressed the need for new legislation, should an agreement with Iran be reached.

Resolving the nuclear crisis with Iran remains of “grave importance” to US security, the letter said, and the Congress is prepared to evaluate any agreement to determine its long-term impact on the United States and its allies.

The bipartisan letter comes after 47 Republicans sent a letter to Iran on March 9, warning the Iranian leadership of potential nuclear deal collapse upon Obama’s departure from office in 2017 and in case Congress does not ratify the agreement.

International talks between the P5+1 group of countries and Iran have been ongoing for more than a year and are facing an end of March deadline to reach an agreement on a political framework. The P5+1 group consists of five permanent UN Security Council members — China, Russia, the United States, the United Kingdom and France plus Germany.