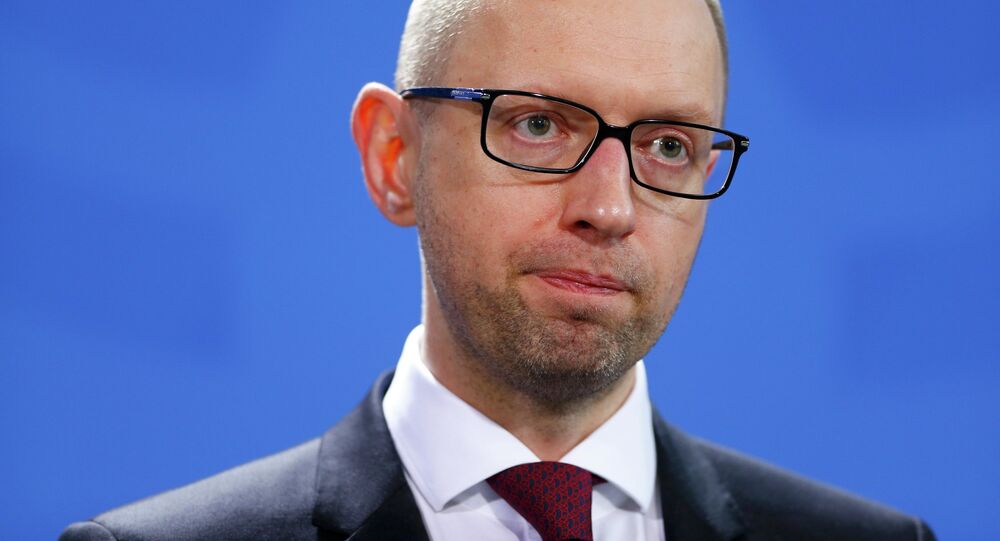 Ukrainian Prime Minister Yatsenyuk vowed to stop the political crisis scenario, which had gained the support of oligarchs.

© Photo : Leshenko's Facebook page
In Ukraine, Oligarchs' War of Words May Turn Into War of Bullets and Bombs
KIEV (Sputnik) — Ukraine’s government will “do its job” and actively work against the political crisis scenario supported by oligarchs, the country’s prime minister said Monday.

“No one will be able to shake the unity of the government, the president and the coalition that supports changes in the country, and the political crisis scenario, which has also gained the support of oligarchs, will not pass, the government will do its job,” Arseniy Yatsenyuk said.

© Sputnik / Alexander Maksimenko
No Ukrainian Governor Will Be Allowed to Have 'Pocket' Army - Poroshenko
The incident followed the Verkhovna Rada’s decision to amend legislation on joint stock companies, reducing Kolomoisky’s share in the enterprise and depriving the oligarch of crucial influence in the voting process.

Kolomoisky, who is also a governor of Dnepropetrovsk Region, is believed to sponsor a number of Ukrainian armed groups.

Head of Ukrainian Security Service, Valentin Nalivaichenko said that officials from the Dnepropetrovsk regional administration were suspected of financing armed groups which were operating in the Dnepropetrovsk and Donetsk regions.