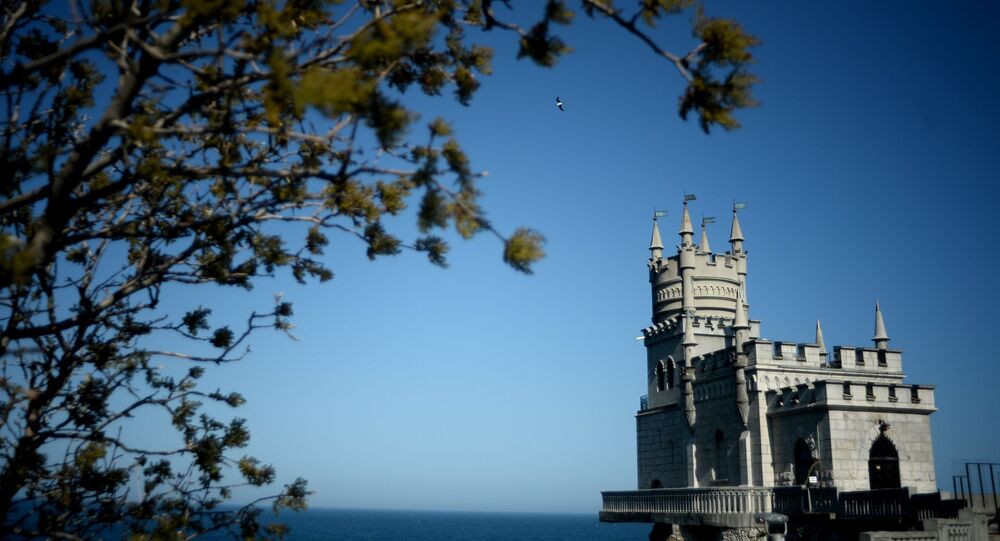 The UK should share its part of responsibility for the power grab in Kiev last February; moreover, London has participated in illegal military operations in Libya and Iraq, the Russian Embassy to the United Kingdom replied to Philip Hammond's demands.

© REUTERS /
UK Knows Better for Crimeans, Ignoring Their Desire to Be Part of Russia
LONDON (Sputnik) — London has no moral right to demand Crimea’s return to Ukraine in light of the UN law relating to UK participation in illegal military action in Iraq and Libya, said the Russian Embassy to the United Kingdom, in a response Monday to an assertion by British Foreign Secretary Philip Hammond on Sunday.

On Sunday, Hammond condemned last year's reunification of Crimea with Russia, calling it an “illegal annexation,” and insisting that Russia “must return Crimea to Ukraine.”

© Sputnik / Artem Kreminsky
Japan Should Recognize Crimean Referendum, Lift Russian Sanctions – Ex-PM
“Does UK have a moral right to appeal to the UN Charter and international law, as it itself recently participated in illegal military operations in Iraq and Libya, for the consequences of which the peoples of the region and the international community as a whole have now to pay?” the Russian embassy said in a statement.

The embassy also highlighted that Hammond’s statements mislead British public opinion and do not correspond to reality.

“It is clear for everybody that the reason of the ongoing events in Ukraine was the coup in Kiev, for which London bears its share of responsibility. Like any violent power grab, it destroyed the constitutional order in the country,” the Russian embassy stated.

© Sputnik / Konstantin Chalabov
Top-15 Amazing Places in Crimea Worth Seeing
15
The embassy also stressed that the Crimean population made their choice by referendum, almost unanimously voting to rejoin Russia.

Crimea became a Russian region following a March 16, 2014, referendum in which over 96 percent of Crimean voters backed a move to leave Ukraine and rejoin Russia. The region’s reunification with Russia was triggered by the February 2014 coup in Ukraine.