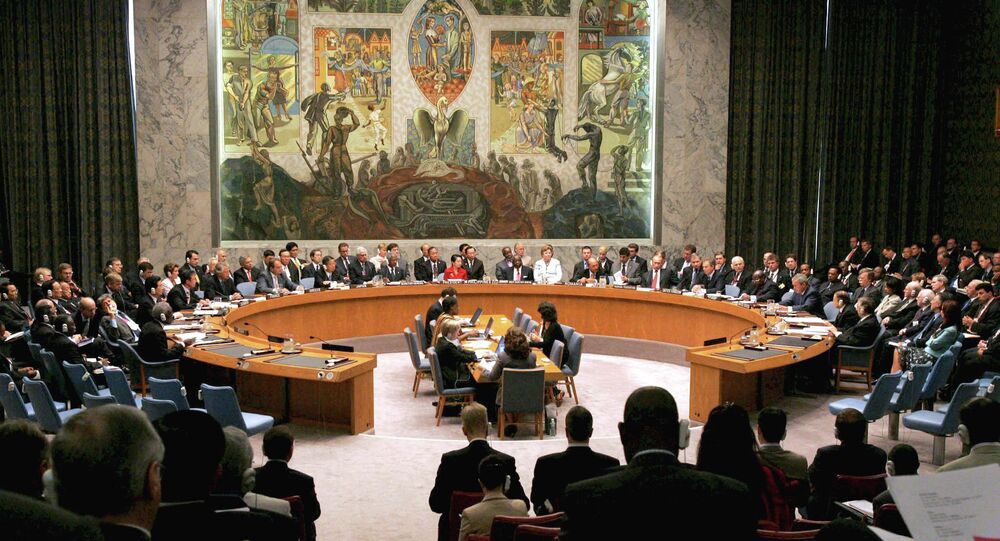 It bashed the opposition Shiite Houthi movement for taking "unilateral actions," which it said "undermine the political transition process in Yemen, and jeopardize the security, stability, sovereignty and unity of Yemen."

© AP Photo / Frank Franklin II
UN Security Council to Hold Meeting on Yemen on Sunday
Yemen has suffered from a political and security vacuum after Houthis staged massive protests against alleged injustice on the part of the Yemeni government last August. They overtook the Yemeni capital of Sanaa in September 2014 and removed President Abd-Rabbu Mansour Hadi from office.

Reacting to the alarming escalation in Yemen, the UN Security Council vowed to take "further measures against any party in case of non-implementation of its resolutions on Yemen."

It cited the February 15 resolution that urged the rebels to engage in the UN-brokered peace talks with the government and withdraw from Sanaa, where most governmental institutions are located.

On Sunday, Houthis were reported to have captured the central city of Taiz on the road to Aden, a port city where President Hadi has been holed up since he escaped house arrest in Sanaa last month.