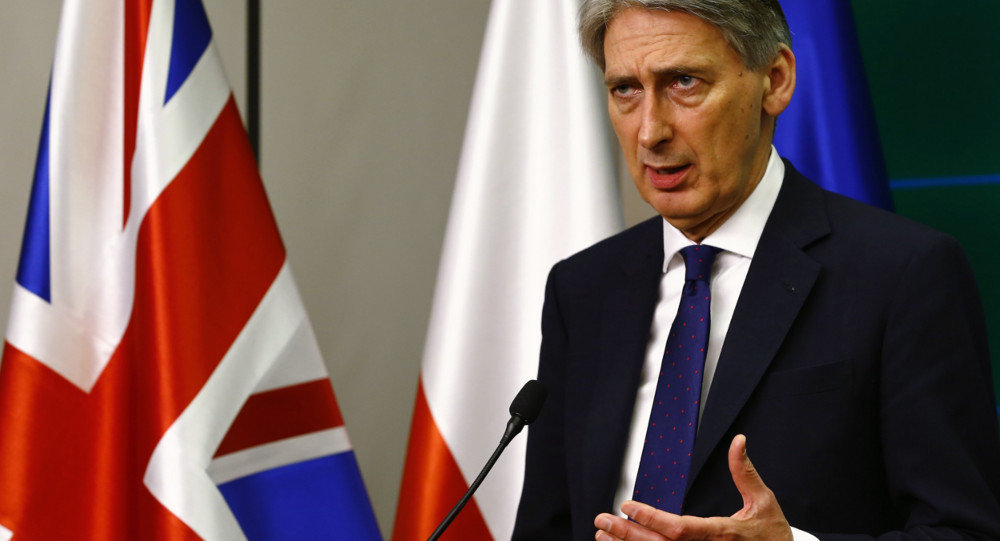 UK Knows Better for Crimeans, Ignoring Their Desire to Be Part of Russia

British Foreign Secretary Philip Hammond said the United Kingdom will not recognize Crimea’s reunification with Russia, calling it an “illegal annexation.” Russia replied that any calls for Crimea’s return to Ukraine will be considered as an encroachment on the territorial integrity of Russia.

British Foreign Secretary Philip Hammond condemned last year's reunification of Crimea with Russia, calling it an “illegal annexation,” and demanded that Russia “must return Crimea to Ukraine,” according to a press release on the official UK government website.

“The illegal annexation of Crimea by Russia one year ago was a blatant breach of international law. It showed total disregard for Ukraine’s right to sovereignty and territorial integrity, and I condemn it in the strongest terms,” said the British Foreign Secretary.

He went further stating that “Russia must return Crimea to Ukraine.”

The irony of Hammond’s words is that he “may be trying to save Crimeans from themselves,” as Forbes Magazine put it. Poll after poll reveal that, regardless of their ethnic origin, all residents of Crimea said that life with Russia was better than life with Ukraine. 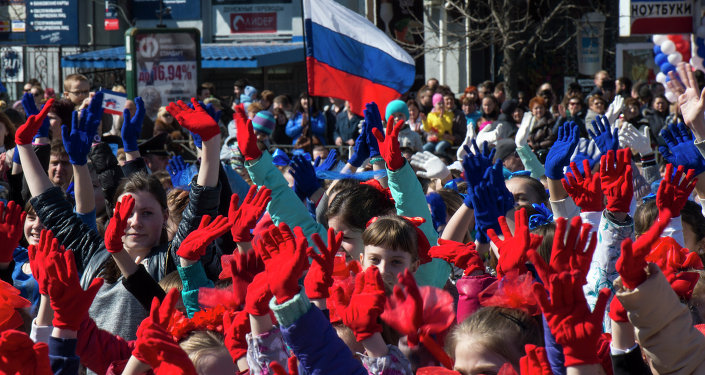 © Sputnik / Evgeny Biyatov
Crimea's Population Won From Rejoining Russia - Czech Politician
Moreover, most people in Crimea said that the referendum to secede from Ukraine was legitimate. In February 2015, a poll by German polling firm GfK showed that when asked “Do you endorse Russia’s annexation of Crimea?” 82 percent of Crimean residents answered “Yes, definitely” and another 11 percent answered “Yes, for the most part.” Thus, whether leaders in the EU and the United States want to hear it or not, people in Crimea seem to be happy where they are.

Frantz Klintsevich, first deputy head of the United Russia Party, commented on Hammond’s words, stating that they were inflammatory.

“Our response will be clear. From March 2014, Crimea is part of the Russian territory. In this sense there is no difference between it [Crimea] and, for example, the Kamchatka Peninsula. Thus, any calls to return Crimea to Ukraine we see as the encroachment on the territorial integrity of Russia,” Klintsevich told journalists on Sunday.

Another Russian lawmaker, Alexei Pushkov, said that Crimea has more rights to be part of the Russian Federation than Falkland Islands part of Britain.

After Crimea’s return to Russia, Western countries imposed several rounds of sanctions against Moscow and accused Russia of escalating tensions in Ukraine. Russian authorities, on the other hand, have repeatedly denied any involvement in the Ukrainian crisis.