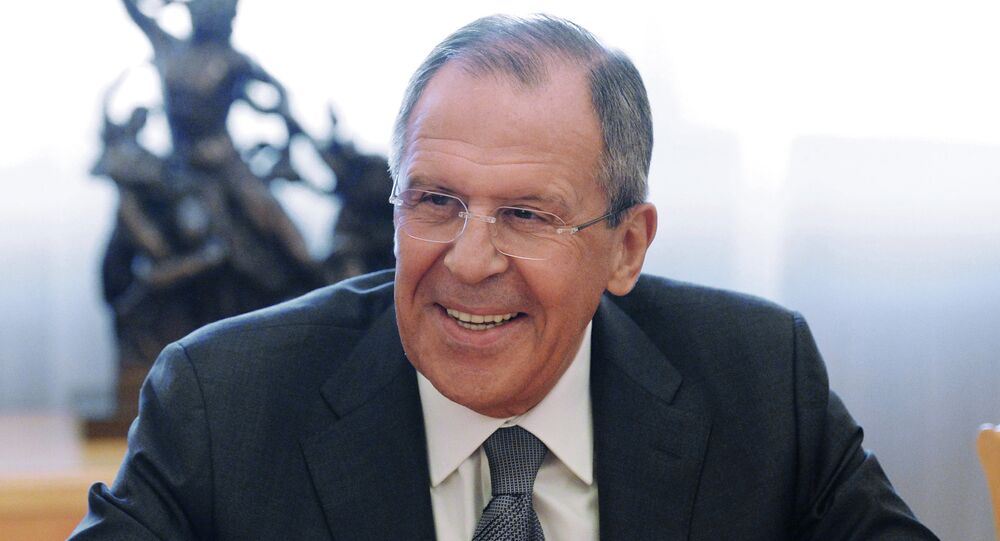 As Russia's Foreign Minister Sergei Lavrov celebrates his 65th birthday on Saturday, we look at the top five reasons for why Russians consistently rate him as their top-performing government official.

1. He's Got Your Back When You're Going Through a Tough Time

During his time as Russia's UN representative, Lavrov was somewhat different from other delegates in that he was much more independent from his government's directives. This was a successful strategy for him, and in 2003 the UN adopted a record number of resolutions that were favorable to Russia.

2. He Can Talk to Pretty Much Anyone

Lavrov spent four years in Sri Lanka and over 17 years in the United States, working at the United Nations. During this time abroad, Lavrov was able to get acquainted with many world leaders and cultures. In 2006, during the first Prophet Muhammad cartoon scandal, he wrote an article together with Spain's Foreign Minister, calling for an "Alliance of Civilizations" to counter the "clash of civilizations" narrative.

Also in 2006, Lavrov wrote the article "Russia in Global Politics," considered foundational in modern Russian foreign policy, which stated that Russia will not take sides in a "clash of civilizations" and quarrel with the Muslim world. In the same article, Lavrov also announced that Russia is against the "transformational diplomacy" of color revolutions and Iraq-style state-building, saying that "[trying to] speed up this process would be irresponsible."

3. He Will Get Along With You Even if You Guys Have Some Issues

© CC0
U.S. Department of State Spokesperson Jennifer Psaki -- sporting a shapka, or fur hat with ear flaps, given to her by Russian counterpart Maria Zakharova -- stands with Zakharova between U.S. Secretary of State John Kerry and Russian Foreign Minister Sergey Lavrov in Paris, France, on January 13, 2014

They say that friends who want to stay friends don't discuss religion or politics, but in the case of Lavrov, he makes sure that you stay friends even if politics get in the way. In this photo, taken in January 2013, during the Maidan protests in Ukraine, which led to an armed coup the following month, Lavrov presented US State Department spokeswoman Jen Psaki with a pink ushanka (fur hat with ear flaps) bearing Soviet insignia.

This is not the first time that Lavrov takes international issues to a personal level. In 2005, when US Secretary of State Condoleeza Rice announced that Russia lacks freedom of press, Lavrov compiled a list of articles and news segments which appeared in the Russian media and sent them to Rice by diplomatic mail.

Lavrov had some close calls over the past few years, from getting the US to rethink launching an attack on Syrian government forces in the Syrian conflict at the last moment to negotiating settlements in Georgia, Ukraine, North Korea and Iran, among many others. However, he keeps working through it all, even when international partners seem to be demanding the impossible.

In 2009, Lavrov resolved a tense dispute during the Turkish-Armenian border treaty talks in Zurich, which were about to collapse as both sides wanted to make heated statements before the signing ceremony. Lavrov and other delegates waited in a side room while US Secretary of State Hillary Clinton attempted to make the sides talk to each other before the 8 p.m. deadline. Lavrov, growing tired of waiting, walked in and gave a note to the Armenian Foreign Minister, Eduard Nalbandyan. "Eduard! Agree to the ceremony without statements," was all the note said. Two hours later, the Turkish and Armenian presidents signed the treaty in silence.

5. Despite It All, He Still Has Time for Improv

At the ASEAN conference, where skits are a tradition, Lavrov is a star. In 2005 he dressed up as a Jedi, complete with lightsaber, and discussed with his deputy ASEAN's state, calling it the most powerful alliance in Asia. In the second part of his performance, he sang "ASEAN, Superstar/You are the best friend of Russia" to the tune of the rock opera Jesus Christ Superstar. In 2006 he spent over 5 hours recording a song he would lip-sync to during his performance, in which he promises all of Asia free oil in exchange for friendship with Russia over the US.

In 2007 (above), Lavrov and his deputy, Aleksandr Losyukov discussed how to make Russia and ASEAN true partners through the use of national foods and beverages. In his free time, Lavrov also writes songs and poetry, and even goes rafting.