US Should Abstain From Seeking Enemies Among Latin American States - Lavrov

Russian Foreign Minister Sergei Lavrov said that the United States should stop looking for enemies in its geographical surroundings and listen to a unanimous voice of Latin America and the Caribbean Basin.

© REUTERS / Jorge Silva
EXCLUSIVE: If There’s a Threat On This Continent, It’s the US - Ecuador FM
MOSCOW (Sputnik) — Washington should stop looking for enemies among the countries of Latin America and the Caribbean, Russian Foreign Minister Sergei Lavrov said.

Earlier in March, US President Barack Obama said Venezuela poses a threat to US national security and sanctioned seven Venezuelan officials over alleged human rights abuses during mass demonstrations in 2014.

“I think the absurdity of this statement is evident. We would like the United States to stop looking for enemies in its geographical surroundings and listen to a unanimous voice of Latin America and the Caribbean Basin,” Lavrov said in an interview broadcast on Russia’s Rossiya-1 television channel. 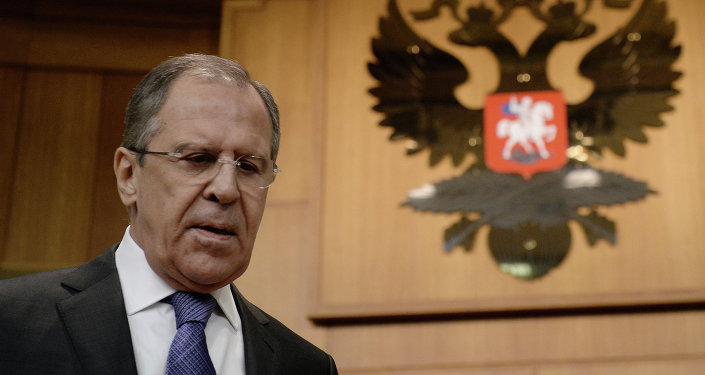 © Sputnik / Maksim Blinov
Russia’s Ties with Havana Unaffected by Thaw in US-Cuba Relations - Lavrov
The Russian foreign minister emphasized that Washington was "very inconsistent" in its policy toward Latin-American countries. While announcing measures to improve relations with Cuba, the United States put pressure on Venezuela, labeling it a threat to US national security, Lavrov pointed out.

Relations between Venezuela and the United States deteriorated after Obama signed an executive order to impose sanctions on Venezuela in December 2014 over alleged human rights violations during anti-government rallies.

In retaliation for US sanctions, Venezuelan authorities announced that US diplomatic presence in the country may be curtailed amid the United States’ attempts to meddle in the country's internal affairs.