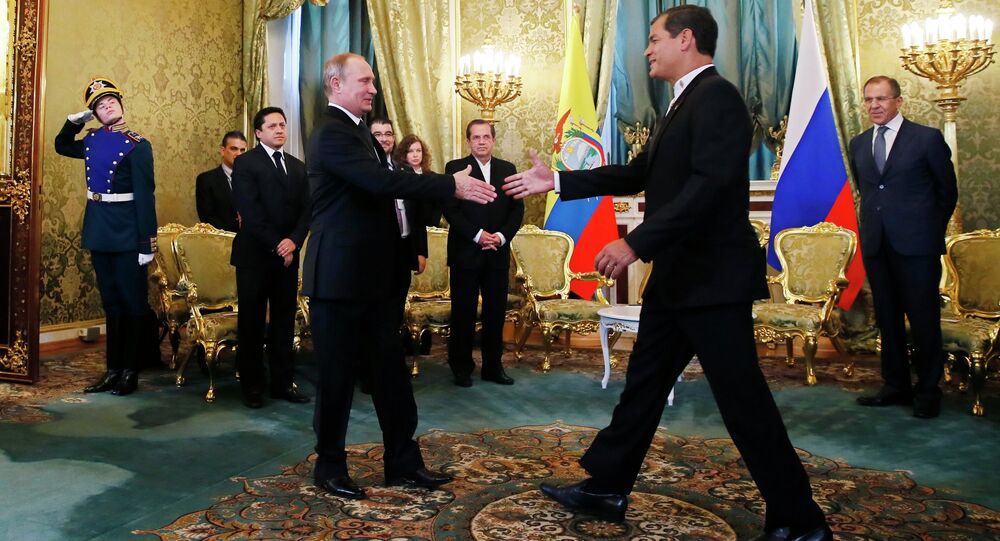 Ecuador is ready to start cooperating with Russia in many new areas "at once", according Ecuador’s Foreign Minister Ricardo Patino.

"The relations are usually established as a consequence of mutual interests. There are mutual interests and there is a respect toward the country. We feel this in case with Russia and in case with other brother-countries, such as China. This way, we begin [cooperation] in many areas at once," Patino said.

Patino highlighted that Russia and Ecuador cooperate in the area of training and human talent development. Many young people from Ecuador study in Russia, and return back home, being well-educated.

Moscow has enhanced its cooperation with Latin American countries and the BRICS after the European Union and the United States imposed a series of sanctions against Russia in 2014 over its alleged involvement in the Ukrainian conflict.