Earlier on Wednesday, the presidents of Russia and the former Georgian republic of South Ossetia signed a treaty on cooperation and integration between the two states. 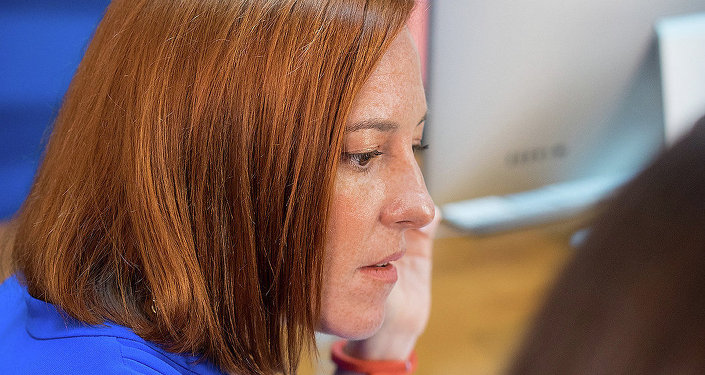 Earlier on Wednesday, the presidents of Russia and the former Georgian republic of South Ossetia signed a treaty on cooperation and integration between the two states.

"This is yet more evidence of Russian interference in the affairs of its neighbours and demonstrates a blatant disregard for their sovereignty and territorial integrity. Similar interference has led to the terrible situation we see in Ukraine," Lidington said in a statement published on the UK government website.

© Sputnik / Sergey Guneev
Russian, South Ossetian Presidents Sign Treaty on Cooperation, Integration
He stressed that this treaty as well as the one signed between Russia and Abkhazia at the end of 2014 will "complicate vital regional peace-building efforts."

The treaty envisages the formation of a unified region of defense and security, freedom of movement between the two states, the integration of customs bodies, expanding cooperation between the countries' interior ministries, and several social issues.

On Tuesday, US Department of State Spokeswoman Jen Psaki said that Washington will not recognize the Russia-South Ossetia treaty.

© Sputnik . Irina Ilyicheva
Massive Rocket Artillery Drills Begin in Crimea, Abkhazia, South Ossetia
In 1990, the South Ossetia parliament declared independence from Georgia in a move that led to an almost two-year-long armed conflict. In the summer of 1992, Georgia relinquished control of South Ossetia.

The conflict remained frozen until August 2008 when Georgia attacked the republic.

Russia recognized South Ossetia and another breakaway Georgian province, Abkhazia, as independent states in August 2008, following a five-day war with Georgia. In response, Tbilisi severed diplomatic relations with Moscow and declared the two Caucasian republics to be occupied territories.