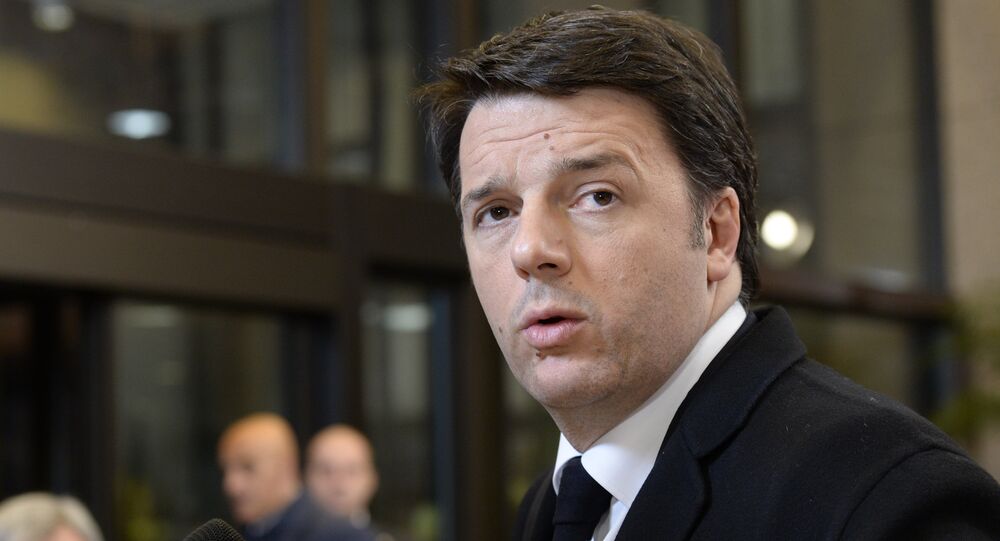 US President Obama will host Italian Prime Minister Matteo Renzi at the White House on April 17 to discuss support for Ukraine.

WASHINGTON (Sputnik) — Italy’s Prime Minister Matteo Renzi will visit the White House on April 17 to discuss Western assistance to Ukraine among other issues, according to a White House statement.

Obama and Renzi will also exchange views on Europe’s economic development, the Transatlantic Trade and Investment Partnership as well as on energy security, the statement went on.

“Italy is a valued NATO ally and partner on a broad range of global challenges,” the White House said.

Earlier in March, Italian Foreign Minister Paolo Gentiloni said that Italy opposes the automatic extension of existing sanctions against Russia that expire by the end of July, and the international community should strengthen the role of OSCE observers in Eastern Ukraine instead.