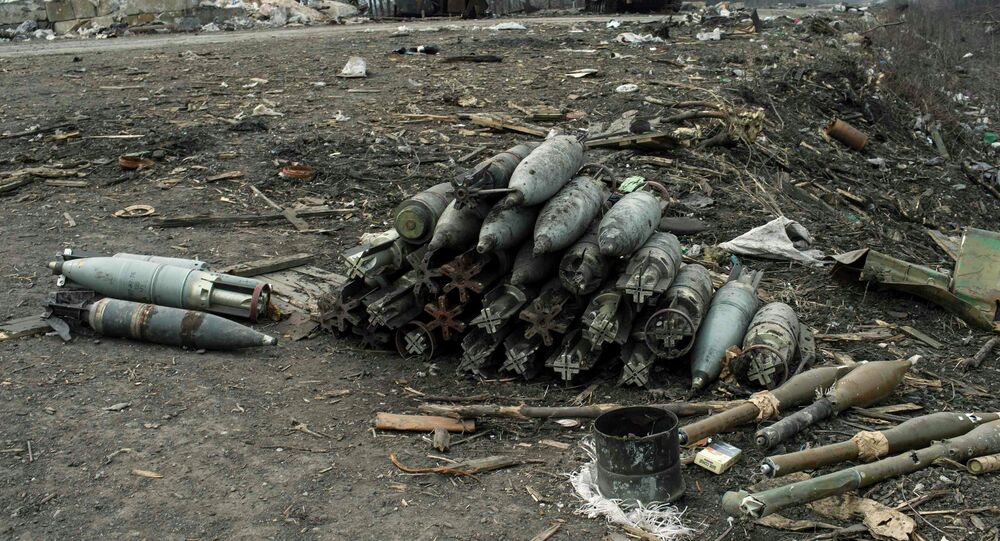 It will take decades or even longer for a political solution in Ukraine to come about, said Germany's Minister for Foreign Affairs Frank-Walter Steinmeier.

© AP Photo / Petros Giannakouris
Lethal Aid to Ukraine Might Lead to 'Point of No Return' - Steinmeier
A political solution in Ukraine could take years or decades, or even longer, believes Germany's Minister for Foreign Affairs Frank-Walter Steinmeier.

"If we are lucky, if we succeed in calming down the military situation, if we manage to bring about a political process, I don't exaggerate when I say (it) could take years or decades, or even longer, for a political solution to come about," claimed Frank-Walter Steinmeier at a public event in Brussels, held by Carnegie Europe.

Commenting on the issue of EU relations with Russia, Germany's Minister for Foreign Affairs emphasized that everything depends on whether the sides will be able to restore the trust that has been shattered.

© Sputnik / Aleksey Nikolskyi
Europe Must Find New Basis to Cooperate With Russia - Steinmeier
When answering the question about his attitude to reports on the US's alleged decision to provide Ukraine with lethal weapons, Frank-Walter Steinmeier underscored that such reports should be regarded with skepticism. The politician asserted that there was no decision on sending lethal weapons to Ukraine, citing US Secretary of State John Kerry.

Steinmeier also commented on conflicting reports regarding the situation in eastern Ukraine. It is worth mentioning that according to recent statements made by the NATO military commander General Philip Breedlove, the situation in eastern Ukraine is steadily getting worse. At the same time, the Organization for Security and Cooperation in Europe (OSCE) confirmed that the ceasefire is holding.

© AFP 2020 / NICHOLAS KAMM
Kerry, Steinmeier Discussing Possibilities of Providing Ukrainian Army With More Aid
"We are not talking about opinions here, we are talking about facts," underscored the German Foreign Minister, who was apparently inclined to rely upon the OSCE findings.
He pointed to the fact that although the European observers registered a certain decrease in the number of violent acts in eastern Ukraine after the Minsk agreement was signed, Breedlove presented figures indicating that violence sharply increased.

"We asked twice NATO, the reason being that our personnel on the ground, [the] OSCE, have provided us with rather different figures than the figures we have received from NATO, and this raised the issue how those diverging figures came about," Steinmeier elaborated.

Implementation of Minsk Accords 'Crucial' for Peace in Ukraine - Kremlin