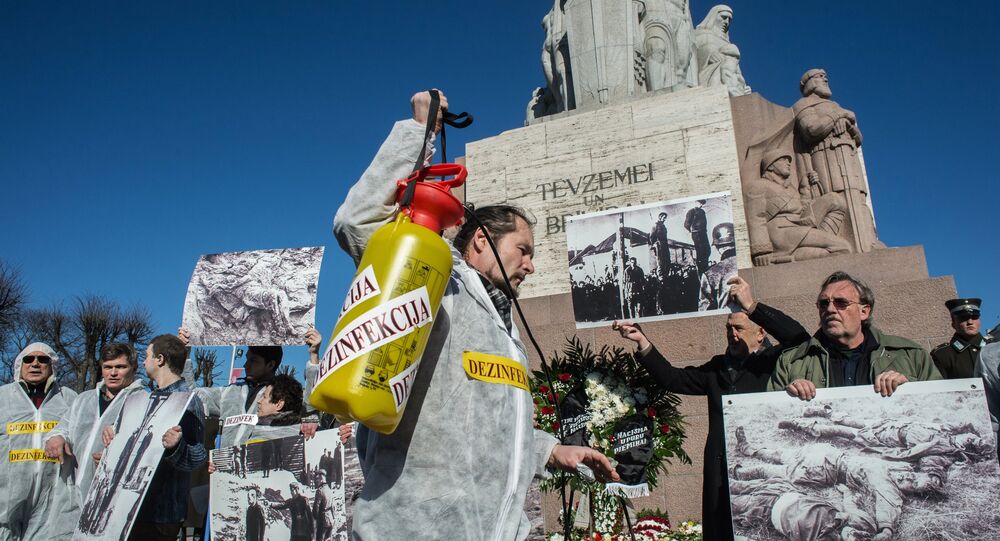 “We strongly condemn the holding of commemoration events for Waffen-SS legionnaires in Latvia, with the support of this country’s authorities,” Konstantin Dolgov said in a statement.

Dolgov stressed that ignoring the dangerous trend of the spread of neo-Nazism could lead to the growth of radical extremist movements in Europe and elsewhere.

The ombudsman expressed hope that these "shameful" marches commemorating the Nazis will "finally get an adequate assessment" from the international and European organizations designed to ensure the protection of human rights and the rule of law.

© AP Photo / Roman Kosarov
Europe Tolerates Nazis If They Are Against Its Enemies – Political Analyst
The Waffen-SS veterans' marches have been held in the Latvian capital of Riga on March 16 annually, since 1998.

On Monday, Riga's mayor Nils Usakovs wrote on his Facebook page that only 1,000 citizens participated in this year's parade and expressed his gratitude to those in the city who ignored the event.