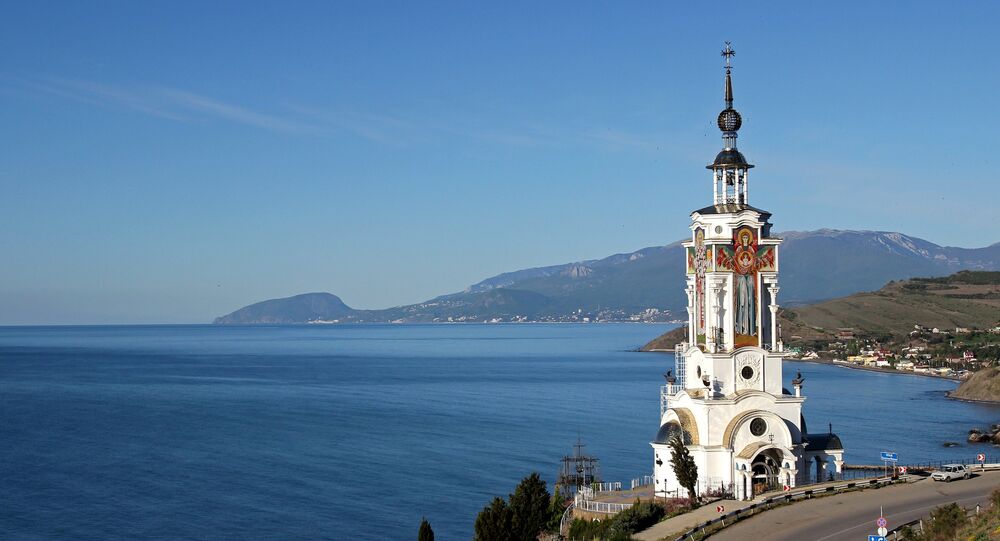 March 16 marks the anniversary of a historic referendum that brought the Black Sea republic of Crimea back to Russia after 60 years of Ukrainian rule in the region.

© Sputnik / Sergey Kuznecov
Crimea May Have Faced Armed Conflict With Kiev - Russian Defense Minister
MOSCOW (Sputnik) – Crimea refused to recognize the legitimacy of the government in Kiev that overthrew Russia-leaning President Viktor Yanukovych in early 2014, instead voting to cut ties with Ukraine and rejoin Russia in a plebiscite which found that over 96 percent of Crimean voters supported the motion.

A coup that installed a new, fiercely nationalist government in Kiev in February, 2014 alienated Crimea's majority Russian-speaking population of some 2.4 million. Ethnic Russians have dominated the peninsula since its capture by the Russian empire from the Ottomans in the 18th century.

In a forthcoming documentary titled "Crimea. Way Back Home," Russian President Vladimir Putin shed light on the events that preceded the controversial vote. He said officials in the region had organized a poll to gauge public support for the reunification.

Russia marks first anniversary of Crimean referendum. What is your attitude towards it after one year?
Voted: 2
All polls
The survey revealed that 75 percent of the Crimean population wanted it to be reintegrated with Russia, Putin recalled.

On 11 March 2014, Crimea and its special-status port city of Sevastopol adopted a declaration of independence from Ukraine, asking for reunification with Russia. It was followed by a region-wide referendum on March 16 and a treaty of accession between Crimea and the Kremlin on March 18.

The signing launched an integration process that took almost a year, with Crimean voters going to polls for the first time in September to elect their parliaments and local authorities.

Russia plans to mark the first anniversary of the referendum and the reunification treaty with concerts in two capital cities – Crimea's Simferopol and Moscow.

The West has refused to recognize the results of the vote calling Crimea's secession an "annexation." In a speech following the referendum, President Putin stressed that it was held in full compliance with democratic procedures and rules of international law.