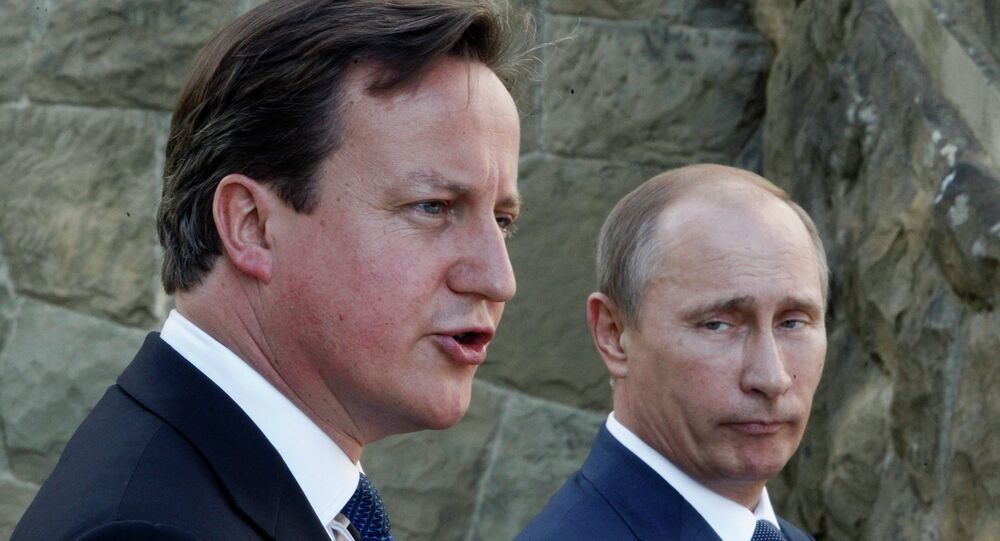 British Prime Minister David Cameron will not visit Moscow to attend Moscow's annual Victory Day parade on May 9, commemorating the anniversary of the end of World War II, according to Cameron's spokesperson.

"We will be considering our representation in light of our ongoing discussions with Russia, and our concerns about their activity. We don't have plans for the Prime Minister to attend, and I'm sure we will set out who will represent the government in due course," the spokesperson said.

© AP Photo / Koji Sasahara
German Chancellor Merkel to Miss WWII Victory Day Parade in Moscow
News of Cameron skipping the parade comes a day after a German government spokesman stated that chancellor Angela Merkel would not be attending the celebration due to the situation in Ukraine.

The leaders of Poland, Lithuania, Latvia, Estonia and the United States also declined the invitation, while heads of more than 20 other countries have confirmed their intent to visit Moscow for the celebrations.

Relations between the West and Russia have deteriorated over the past year amid the Ukraine crisis. Numerous states have accused Russia of providing military help to militias in Ukraine's southeast. Russia has repeatedly denied involvement in what it considers to be Ukraine's internal crisis.