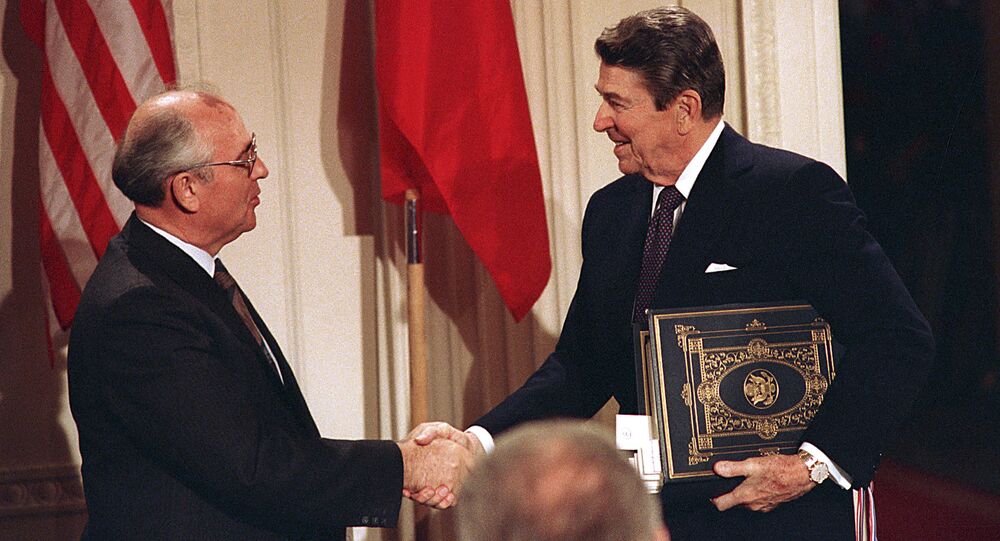 Director of the Foreign Ministry Department for Non-Proliferation and Arms Control Mikhail Ulyanov said that Moscow is unsatisfied by the answers given by the Americans to the questions about the implementation of the 1987 Intermediate-Range Nuclear Forces Treaty (INF).

© Sputnik / Yuryi Abramochkin
Maintaining INF Treaty is Russian, US Interest
MOSCOW (Sputnik) – Moscow is not satisfied with Washington’s response to concerns about the implementation of the 1987 Intermediate-Range Nuclear Forces Treaty (INF), Director of the Foreign Ministry Department for Non-Proliferation and Arms Control Mikhail Ulyanov said Wednesday.

“There are at least three problems concerning the implementation of this treaty by the United States,” Ulyanov told reporters, adding that, “We have discussed them. And it would be wrong to say that we were satisfied by the answers given by the Americans.”

The United States and the Soviet Union signed the INF Treaty in 1987. The agreement bans the manufacture or deployment of nuclear and conventional ground-based cruise and ballistic missiles with a range of 300-3400 miles.

Earlier in March, US Defense Secretary Ashton Carter said Washington could respond with "active defense" if Russia does not comply with the treaty.

Later the same month, Russian Foreign Minister Sergei Lavrov lamented that the United States politicized the issue, and stressed that Moscow is ready to negotiate on a professional, legal basis.