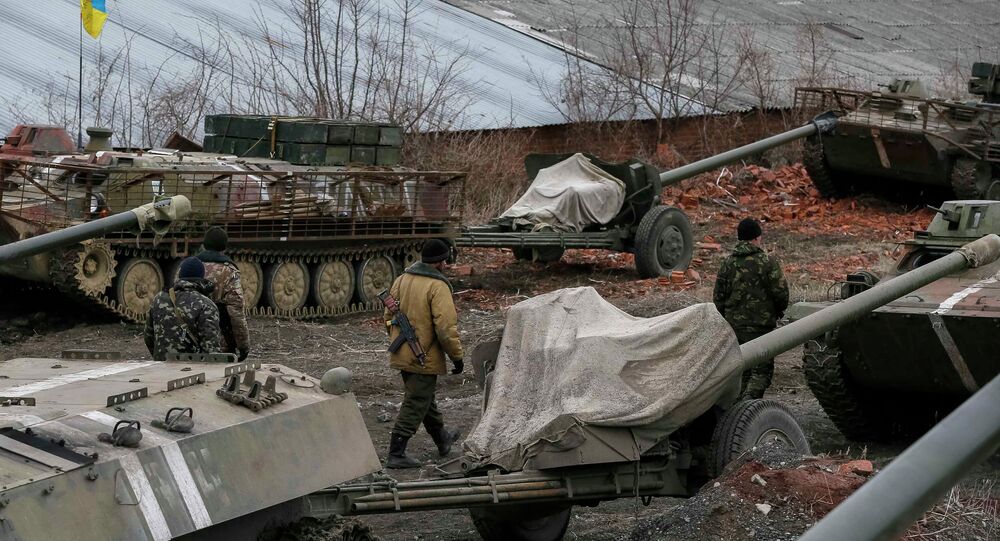 Contradictory statements by Ukrainian military officials point to a lack of a unified stance on the withdrawal of heavy weaponry from the frontline and may disrupt the current peace settlement, Luhansk People's Republic negotiator said Wednesday.

"Such contradictory statements indicate the absence of an agreed position on implementing the Minsk agreement," LPR's Vladislav Deinego said in an interview with the Luhansk Information Center.

The 13-point deal, worked out in the Belarusian capital last month, also envisions a region-wide ceasefire and an all-for-all prisoner exchange between Kiev and the east Ukrainian independence militia.

"It is highly probable that there will be a conscious disruption of the second set of measures to implement the February 12 Minsk agreements," Deinego added.

Luhansk, along with neighboring Donetsk, stated their portion of the heavy arms withdrawal was complete by March 1, meeting the deadline stipulated in the Minsk deal.

The Organization for Security and Co-operation in Europe, tasked with monitoring the implementation of the Minsk agreement, has not fully confirmed the pullback and requested more detailed information from both of the conflicting sides.

The conflict in southeastern Ukraine began in April 2014, when Kiev launched a military campaign against independence supporters in the eastern regions of Donetsk and Luhansk.