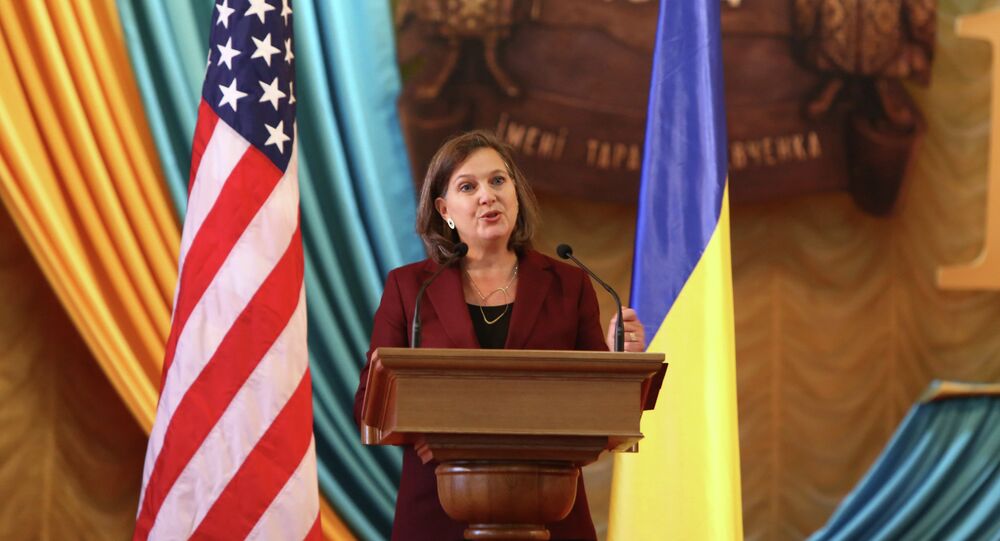 The US government continues to negotiate possible implementation of new anti-Russia sanctions with European countries, US Assistant Secretary of State for European Affairs Victoria Nuland said at a US Senate hearing Tuesday.

© Sputnik / Sergey Guneev
Joe Biden Forced to Apologize Twice to US Allies for Harvard Speech
WASHINGTON (Sputnik) — US is still negotiating with European countries on possible implementation of new anti-Russia sanctions, US Assistant Secretary of State for European Affairs Victoria Nuland said at a US Senate hearing on Tuesday.

“We continue to talk to them bilaterally about these issues,” Nuland said of Hungary, Greece, and Cyprus, whose leaders have opposed anti-Russian sanctions. “I will make another trip out to some of those countries in the coming days and weeks.”

Nuland noted that “despite some publically stated concerns, those countries have supported sanctions” in the European Union Council.

“We have already begun consultations with our European partners on further sanctions pressure should Russia continue fueling the fire in the east or other parts of Ukraine, fail to implement Minsk or grab more land,” she said.

The United States, the European Union and their allies blame Russia for fueling the internal conflict in Ukraine and have imposed a series of sanctions against Russia targeting its defense, banking, and energy sectors. Russia has repeatedly denied the allegations and responded with targeted export bans.

Some European nations including Greece, Hungary and Cyprus, have opposed further sanctions, and Spain has recently stated its opposition as well.