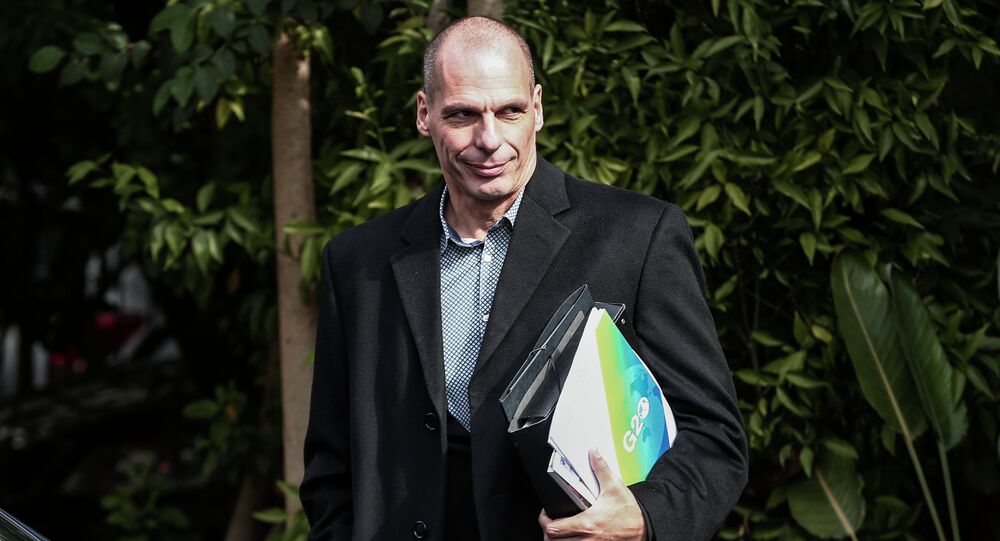 Greek Finance Minister Yanis Varoufakis has stressed that his country does not intend to leave the Eurozone and all speculations to the contrary are harmful to the ongoing negotiation process with the creditors.

© East News / Luo Huanhuan
Europe’s Wealthy to Grow Richer as ECB’s Quantitative Easing Commences
ATHENS (Sputnik) – Speaking to reporters on Monday, Varoufakis said that he never expressed support for withdrawal from the Eurozone (Grexit) in his Saturday interview with the Corriere della Sera newspaper, but only said that "hypothetically", Greece would have to hold elections or a referendum if the Eurogroup rejects the current leadership's reform proposals in the debt negotiations.

According to Varoufakis, the newspaper interpreted his words incorrectly, claiming that he expressed support for a referendum in favor of Grexit.

Varoufakis also said that he was satisfied with the results of Eurogroup talks and that Greece has not been wasting time, contrary to Eurogroup President Jeroen Dijsselbloem's claims, and plans to present an additional list of reforms to the group of Eurozone finance ministers.

Last month, Athens and Eurozone finance ministers reached an agreement to extend Greece's bailout for another four months. The new deal stipulates that Greece carry out all remaining reforms required by the creditors before it can receive another aid installment from the bailout, amounting to about 7.2 billion euros ($7.9 billion).

Greece will start direct talks with troika representatives on Wednesday in Brussels.

Greece's anti-austerity Syriza party, which came to power in January, has pledged to revise the country's bailout terms dictated by the troika, which has created much uncertainty regarding Greece's future in the Eurozone.

Doomed From the Start: Unviable EU is 'Fundamentally Flawed'

EU Sanctions No Obstacle for Russian Cooperation With Investment Partners