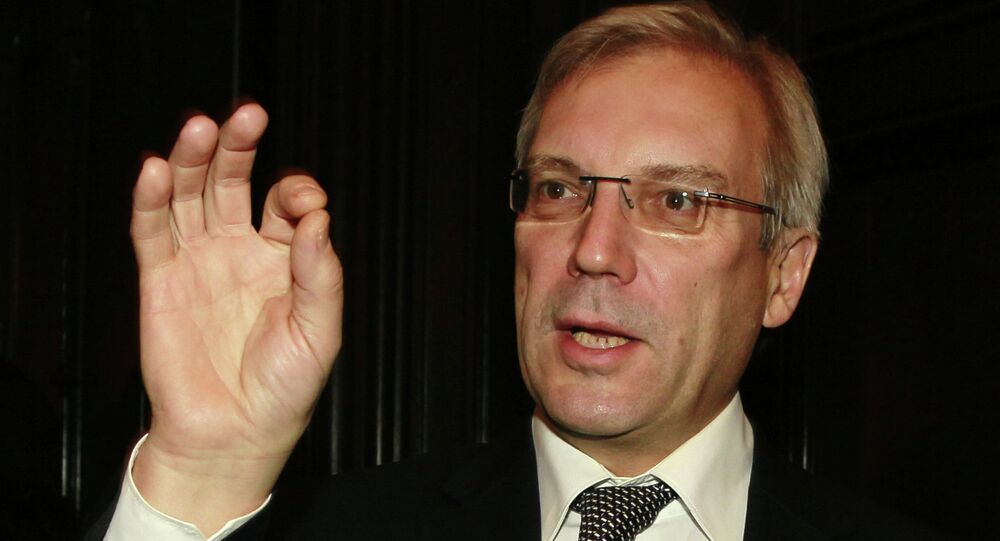 Moscow’s ambassador to the alliance Alexander Grushko said that NATO is detaching itself from real security threats by demonizing Russia.

“By demonizing #Russia #NATO creates a virtual reality detaching itself from real security challenges,” Grushko was quoted as saying by Russia’s NATO mission on Twitter.

The alliance can “hardly position itself as a truth messenger”, according to Grushko, and has discredited itself by spreading “false narratives.”

According to Grushko, Vershbow’s statements only provide “another set of arguments” to justify the alliance’s “confrontational attitude.”

NATO itself has a long history of hybrid warfare, which could be seen in former Yugoslavia in 1999 and Libya in 2010, the Russian envoy noted.

Relations between Russia and NATO have deteriorated in the light of the Ukraine crisis over the past year.

The alliance has accused Russia of providing eastern Ukrainian militia with military assistance and boosted its presence near Russia’s borders. Moscow has repeatedly denied any involvement in Ukraine's internal affairs.

Last month, NATO announced that its Rapid Response Force would be increased from 13,000 to 30,000 military personnel, and six new command posts would be created in NATO states close to Russia.