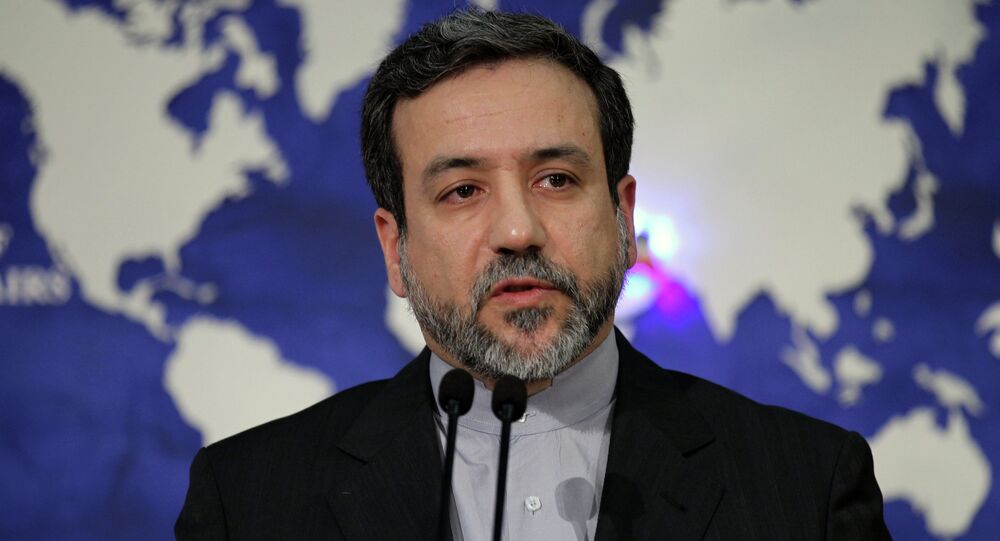 © Sputnik / Stanislav Filippov/POOL
Next Round of Iran's Nuclear Talks Preliminarily Slated for March 15-20
MONTREUX (Sputnik) – Iran had "useful" nuclear talks with the P5+1 group in Montreux that allowed the sides to reach a better understanding on some key aspects of the future deal, Iran's key negotiator said Thursday.

"We held very useful talks with the six nations and made certain progress, greater than before. Our work continues. There are still differences that we need to overcome, but we are working hard on it," Abbas Araghchi told journalists.

Araghchi also stated that better understanding on a number of difficult problems was reached, however, unsolved issues still remain.

© Photo : Wikipedia / Nanking2012
Sides Make Significant Progress on Iran Nuclear Talks in Geneva - Lavrov
"That's why we need to work hard to overcome these differences," he went on.

Iran and the P5+1 group of international mediators, comprising the United States, Russia, China, the United Kingdom, France and Germany, have held several rounds of talks in the Swiss resort of Montreux in March. The negotiations were preceded by a series of bilateral meetings aimed at reaching a nuclear deal meant to curb Tehran's controversial nuclear program.

The P5+1 has been negotiating a long-term nuclear deal with Iran since November, 2013. By the end of March, the parties are expected to work out the outline of the deal. The deadline for reaching a final agreement has been set for July, 2015.

Next Iran, P5+1 Nuclear Talks to Take Place in Switzerland on March 5