Iran's Deputy Foreign Minister Abbas Araghchi said that the United States and Iran are aiming to reach greater progress on Tehran's nuclear program than was achieved during the last rounds of negotiations.

"Last time we made a progress [in Geneva]. We are trying to make more progress. But now it's too soon to say," Araghchi said. 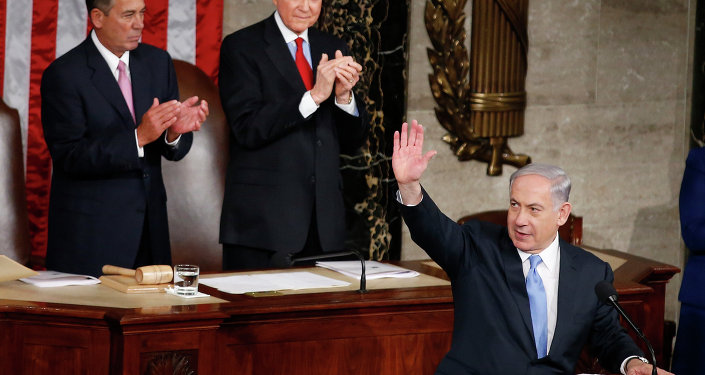 © AP Photo / Andrew Harnik
Netanyahu and the Terrible, Horrible, No Good Iran
On Tuesday, a source in the Iranian delegation said that Tehran and Washington have made progress on several key aspects of the much-anticipated Iran nuclear deal.

Last month, the representatives of the P5+1 group, comprising Russia, the United States, China, the UK, France and Germany, convened in Geneva to discuss Iran's nuclear program with envoys from Tehran. Iranian delegation told Sputnik that progress was made and some gaps appear to be narrowed.

The UN Security Council and several countries imposed sanctions against Iran, suspecting it of developing nuclear weapons. Tehran rejected those claims, stating that its uranium enrichment program had only civilian implications.

Iran and the P5+1 group have held several rounds of talks on Tehran's nuclear program in recent years with limited results. The long-term agreement has to be reached by July 2015.