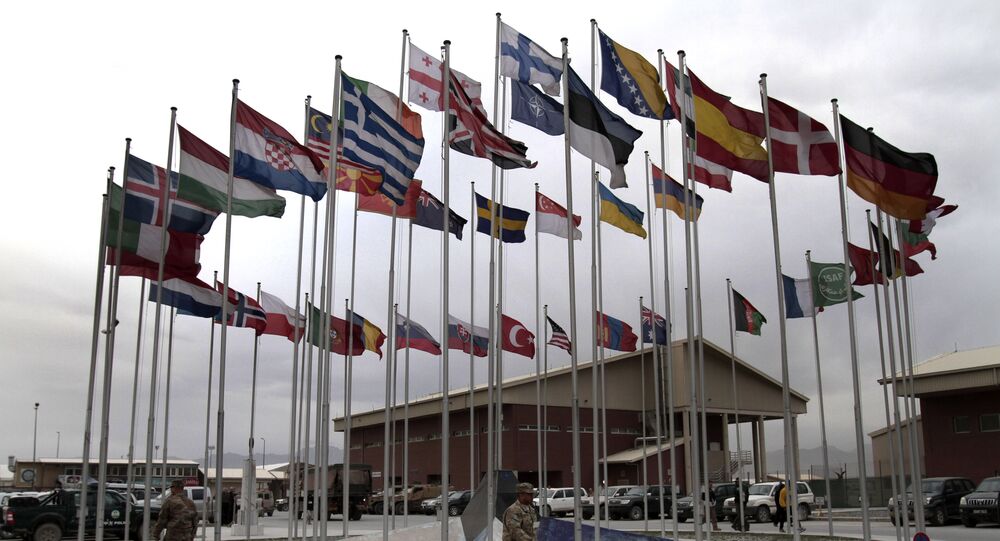 In addition to sending forces to Romania and Bulgaria, the US will potentially expand its presence to Hungary, Georgia, and at some point the Czech Republic, Brigade Commander of the US 173rd Airborne Colonel Michael Foster said.

© Flickr / Antonio C.
NATO Buildup Near Russian Borders Damages European Security - NATO Envoy
WASHINGTON (Sputnik) — In the next four months the United States will be expanding its commitment to NATO’s Operation Atlantic Resolve with a brigade-level deployment to Bulgaria and Romania, Brigade Commander of the US 173rd Airborne Colonel Michael Foster told Sputnik on Monday.

“Bulgaria and Romania are the two countries we’ve got on tap to deploy to,” Colonel Foster said of the expansion of Operation Atlantic Resolve. “At the end of the summer I think what we’ll see is a brigade minus, so you’ll have a brigade headquarter that’s deployed forward, and you’ll have a couple task-organized battalions underneath them.”

Foster explained that the US would have “division level overarching command and control” involved in the expanded NATO operation. “We will have mixed formations,” Foster said, noting that airborne companies, striker companies, Bradley vehicle companies can be interchanged as needed.

© AP Photo / Cliff Owen
Senator McCain Says Lack of US Forces in Baltics Could Mean ‘End of NATO’
US European Command and US Army Europe participation in the NATO reassurance initiative has been ongoing since the fall of 2014. The scope of that mission is scheduled to increase to Atlantic Resolve North and Atlantic Resolve South over the coming summer months, Foster said during a Monday presentation at the Center for Strategic International Studies think tank in Washington, DC.

In addition to sending forces to Romania and Bulgaria, the US will potentially expand its presence to Hungary, Georgia, and at some point the Czech Republic, Foster said.

© Sputnik / Alexandr Kryazhev
US to Move Tanks to Poland, Romania, or Baltics: Defense Department
“[By] the end of the summer we’ll see an operation that stretched from the Baltics all the way down to the Black Sea,” he said.

NATO’s Operation Atlantic Resolve was agreed to by the Alliance in June 2014 in response to what it alleges is a Russian aggression. The mission is intended to reassure NATO allies in eastern Europe of the Alliance’s collective security commitment to all member states, according to NATO publications.

The US 173rd Airborne Brigade team has been deployed in the Baltic States and Poland throughout the first year’s phase of Operation Atlantic Resolve, according to the US Department of Defense.