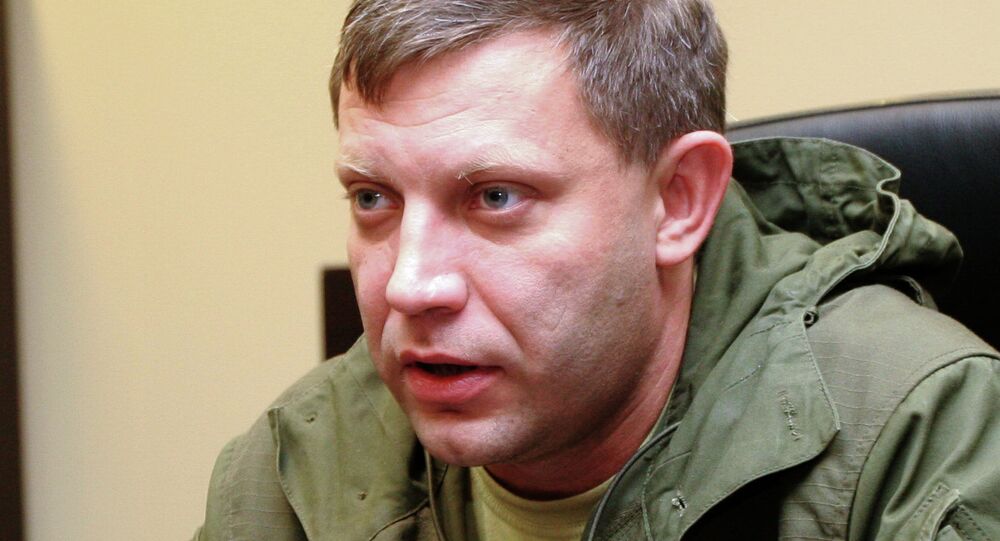 Donetsk leader Alexander Zakharchenko urged an immediate start of work on political and economic aspects of the Minsk peace deal between Kiev and self-proclaimed Donbas people's republics in eastern Ukraine.

"It is necessary to compliment the implementation of the 'military' measures under the Minsk agreements with the work on 'economic and political' aspects of the deal," Zakharchenko said in a statement.

The DPR leader added that the work on political settlement should start immediately.

© Sputnik / Ekaterina Shtukina
OSCE Chief Urges All Conflict Sides to Continue Minsk Peace Deal Observance
"Considering that some of the aspects of the political settlement, for example, a special status of Donbas or the constitutional reform, require a lengthy efforts and coordination between Kiev and Donetsk and Luhansk, it is imperative that this work starts immediately," Zakharchenko said.

The Minsk peace deal hammered out by leaders of Russia, France, Germany and Ukraine on February 12, stipulates that constitutional reform in Ukraine should be introduced by the end of 2015 as the country's new constitution comes into force.

The decentralization of power will become a key element of political settlement, alongside the introduction of permanent legislation granting a special status to certain areas of Donetsk and Luhansk regions by the end of 2015.

US, UK Attempt to Change OSCE Mandate in Ukraine - Russia's Envoy to UN