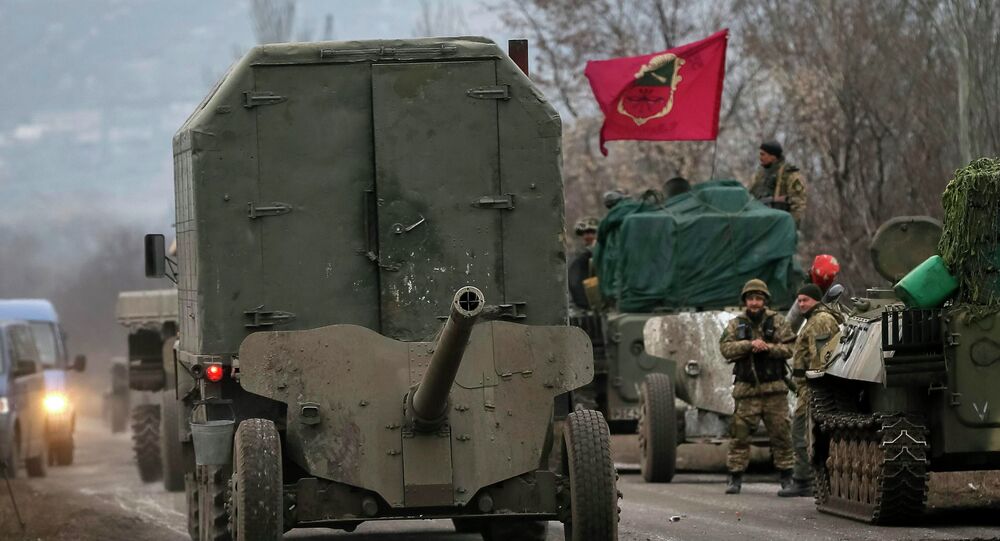 French Foreign Ministry said ceasefire in Donbas was fully observed by both parties of the Ukrainian internal conflict.

“France satisfactorily notes the ceasefire overall in eastern Ukraine is being observed,” Giorgini said during a briefing in Paris.

He also hailed the prisoner swap between the parties as 138 Kiev soldiers and 52 eastern Ukrainian militia personnel were exchanged on February 21, according to the Minsk deal.

What do you think is the most important event of the week?
Voted: 971
All polls
The ceasefire and an “all for all” prisoner swap are among the steps of the peace accord agreed in Minsk on February 12.

The deal achieved by the leaders of Russia, Germany, France and Ukraine stipulated, among other things, ceasefire implementation on February 15, heavy weaponry withdrawal from the line of contact and establishment of a so-called buffer zone to ensure security.

After the ceasefire formally entered into force on February 15, the Organization for Security and Co-operation in Europe (OSCE) monitors said that with the exception of certain locations the truce in eastern Ukraine was generally observed.

On Thursday, both Kiev forces and pro-independence militia declared they were pulling back heavy weaponry, as required by the peace deal.