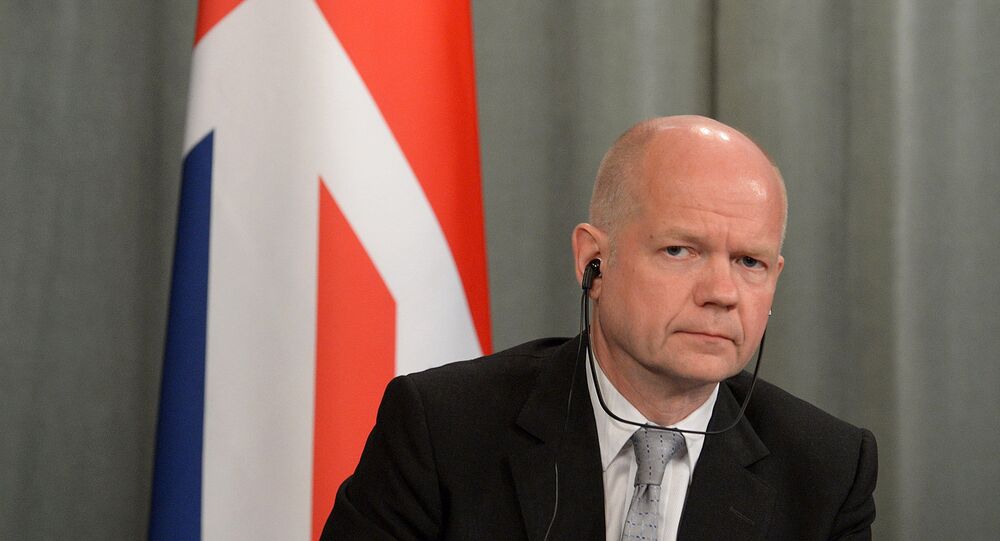 According to the leader of British parliament's lower chamber, William Hague, Britain seeks a diplomatic resolution of the Ukrainian conflict.

LONDON (Sputnik) — The United Kingdom is not planning to send arms to Kiev, the leader of UK parliament's lower chamber, William Hague, told the BBC in an interview on Sunday.

© REUTERS / Valentyn Ogirenko
Sending US Lethal Weapons to Ukraine ‘Throwing Gasoline Onto Fire’-Experts
The United States and a number of EU countries, including the United Kingdom, are providing non-lethal aid to the Ukrainian government forces. On Saturday, the US Senate urged Secretary of State John Kerry to back Kiev with lethal arms in its fight against independence forces.

"We are not planning, as the UK, to send arms to Ukraine. It has not been our approach in any of the recent conflicts in recent years to send arms into those conflicts," Hague, also former Foreign Secretary, said.

Hague added that Britain wants to see a diplomatic resolution of the conflict, and stressed that "if Russia continues to destabilize Ukraine, there will be a continuing [economic] price.”

The United States and the European Union have introduced several rounds of economic sanctions against Russia, accusing the country of meddling in Ukrainian conflict, a claim Moscow has repeatedly denied as groundless.