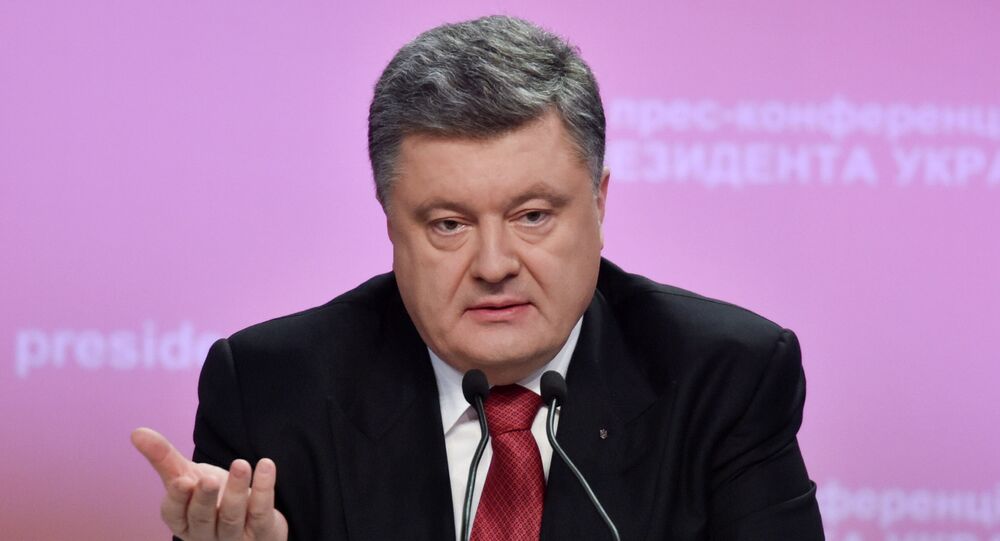 After the withdrawal of Ukrainian forces from Debaltseve, President Petro Poroshenko is increasingly coming under pressure from his critics.

After the recent defeat of Kiev forces in Debaltseve, Ukrainian president Petro Poroshenko has increasingly come under pressure, with people demanding from him a clear political course, German media report.

The president has many enemies divided into two opposite groups, the German magazine “Der Tagesspiegel” reports. One of the groups is calling for a more decisive action against the militias in Eastern Ukraine, while the other is seeking to end the war as soon as possible.

© Sputnik / Nikolay Lazarenko
Poroshenko Calls on EU to Send Military Experts to Donbas
Poroshenko may be crushed between these two fronts. Moreover, his western partners in the US and Europe also have criticized him more openly than before.

Domestic pressure on the Ukrainian President is rising. Ukrainians want more clarity as to Poroshenko’s political decisions and mere announcements are not sufficient in the current situation, a Ukrainian MP from the ruling coalition told the magazine.

Earlier, the President promised to launch reforms and boost the country’s economy. But the country is still experiencing severe economic recession. Economic indexes fell by more than 15 percent and the local currency has lost more than 30% of its value within few days, the German “Der Spiegel” magazine reports.