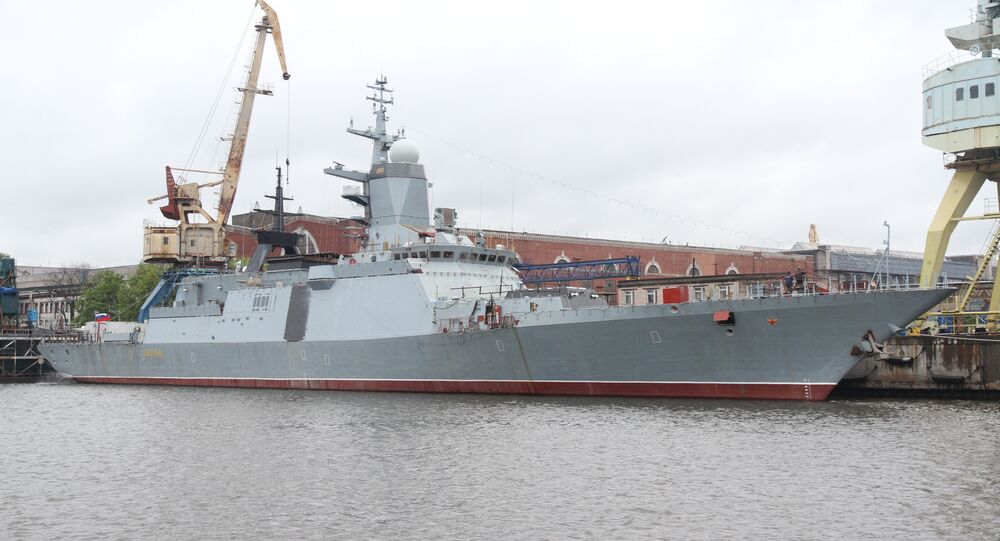 The ships are scheduled to be delivered to the Russian Naval Forces in 2018.

The building of two cutting-edge Russian naval corvettes Retiviy and Strogiy started at the Severnaya Verf shipyard in Saint-Petersburg.

The new warships are part of the project developed by Russian company Almaz.

Since 2007, Severnaya Verf has built four ships for the Russian Baltic Fleet. They are the leading corvette Stereguschiy, and three follow corvettes – Soobrazitelniy, Boikiy and Stoikiy.

"In accordance with good tradition today we laid down two modern warships of the 20380 project. These amazing ships of this project showed their capabilities in the Mediterranean and Northern Seas," Russian Nave Commander Viktor Chirkov said during the ceremony.

According to him, the new corvettes will be equipped with modern weapon systems.

© Sputnik / Yiri Smirnov
Russian Navy to Receive Two New Surveying Vessels in 2015
The ships are scheduled to be delivered to the Russian Naval Forces in 2018, Alexei Seleznev, Acting Director of Severnaya Verf, said.

The ships are being built use modern stealth technology. They boast new tactical, technical and combat capabilities. They are multirole, compact and stealth prone. They also have computerized and highly integrated command systems.

The ships of the 20380 project have a displacement of 2,000 tons, a length of over 100 meters, maximum speed of up to 27 knots and an operational range of up to 4,000 miles. The corvettes are equipped with the Uran antiship missile system, the Redut air defense system and the Paket-NK antisubmarine weapon system. The ships are capable of operating their weapons in a storm force 4-5. On the stern, there is a hangar which can house one Ka-28 helicopter.